Inbox will take a short break over the festive period and will return on Friday 3 January 2014, news permitting.

Within Inbox we aim to write a few lines detailing each press release/piece of news/PR event that we have received and provide links, where possible, for you to find out further information.  As the whisky world and PR departments wind down for the festive period, there are still a couple of pieces of news that have attracted our attention this week ... 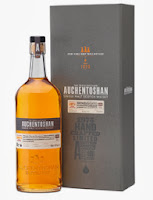 Auchentoshan - New vintage
The Lowland distillery of Auchentoshan have announced the latest in their award winning Vintage series.  The 1975 Vintage will be exclusive to the travel retail sector and there will be just 500 bottles available worldwide.  The whisky is bottled at 38 years old and 45.6% ABV, and has been maturing in ex-bourbon American oak casks.  These were hand selected by Auchentoshan's Master Blender Rachel Barrie.  The cost is not confirmed but is expected to be £500+ per bottle. 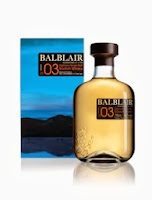 Balblair - Three new Vintages
The north Highland distillery of Balblair, which is owned by Inver House Distillers, has announced the three latest releases in their Vintage core range of single malts.  The 2003 (pictured, left), 1990 (2nd release) and 1983 (3rd release) will replace the 2002, 1989 and 1975 respectively in the current range.  All are to be released at 46% ABV, are non chill-filtered and of natural colour, with all casks involved selected by Distillery Manager John MacDonald.

Classic Malts - New expressions
Diageo, the company behind the Friends of the Classic Malts group, has announced a series of whiskies that will be exclusively available to members.  There will be five single malts in the series, two of which are being released now with the other three released in stages over the next six months.  Only a few thousand bottles of each are being released and these will be available through the Friends of the Classic Malts website and at each distillery.  Membership is free and you can join on the same website.

Each of the five malts are triple matured - initial maturation has been in refill casks, then in charred American oak hogsheads and finally in refill European oak casks.  All are to be bottled at 48% ABV.  The first two expressions in the Triple Matured series are from the Royal Lochnagar in the east Highlands (bottle pictured, above) and Talisker from the isle of Skye (pictured, left).  The other three distilleries will be announced in due course.  Each will cost £80 per bottle, with a limit of two per member.


Johnnie Walker - New advert
The world's biggest selling Scotch whisky brand has launched a new advert campaign for the Johnnie Walker Black Label.  The ad will initially be launched in China with aim to engage a new vibrant young audience.  It has been produced by creative agency LOVE and directed by British film director Jake Scott.  The advert continues the current Where Flavour Is King campaign and was filmed in Bangkok.  It will be aired in 15, 30 and 60 second slots.  Below is the 60 second version.  Enjoy ...


Mark Williams, Creative Director of Advertising at LOVE says: "We were really keen to bring the concept of the big bold flavours to life and wanted to film the ad in real time without the use of CGI. Jake got this straightaway and his treatment felt almost symphonic - as he describes it “soulful’ - and it worked really well for us."

posted by Whisky For Everyone at 10:37 PM

eToro is the ultimate forex trading platform for newbie and advanced traders.