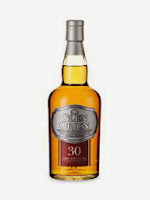 Aldi - Glen Orrin Mark II
The budget supermarket of Aldi has announced that it is releasing a super premium blended whisky in time for Christmas.  The Glen Orrin 30 years old is blended from casks dating back to 1982 and will be on sale in Aldi stores throughout the UK from December 8.  This follows up a similar Glen Orrin blend, which was released last year in the chain's Scottish stores and sold out quickly.  This year's whisky is a limited edition bottling at 40% ABV and will cost £54.99. 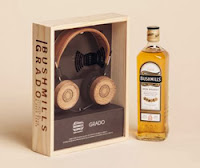 Bushmills - Music to your ears
The famous Irish whiskey brand have teamed up with Hollywood actor Elijah Wood and DJ Zach Cowie, plus Grado Labs, in an interesting new collaboration. The result is a set of luxury headphones which are hand crafted using wood from old Bushmills whiskey barrels.  The pair thought of the idea following a DJ set at the Bushmills Live music event in 2012.

Grado Labs are a family owned company and are one of the leading design engineers in the US audio and recording sector.  The headphones include a leather head band and each set is made by hand by one of Grado Labs skilled technicians.  They are available worldwide through www.turntablelab.com and are retailing at $395 a set.

The east Highland distillery has announced the latest bottlings in its highly regarded 'Batch' series.  The series has gained an increasing cult status with each new set of releases.  This is Batch #9 and all have been selected by Billy Walker, the owner of the Benriach Distillery Company.  They took over Glendronach in 2008.  As with previous batches, these are all single casks and are at the natural cask strength.  The ages range from 41 to 18 years old.  The cask details are below.  No details of pricing were included in the press release. 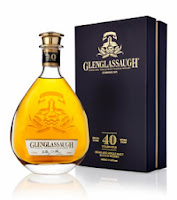 Glenglassaugh - Life begins at 40
The east Highland independently owned distillery of Glenglassaugh has announced that it is to release a 40 years old expression in to its core range. The initial batch will be of just 800 bottles and is at the natural cask strength of 42.5% ABV.  The whisky is the second new released under the ownership of the Benriach Distillery Company, who took over nine months ago.  The 40 years old will be available worldwide with a price tag of £1,250.

Billy Walker, the owner of the Benriach Distillery Co, said: “We’ve inherited some astonishingly fine whisky at Glenglassaugh and we’re delighted to launch our second expression almost nine months after taking over the distillery. There is very strong demand for Glenglassaugh around the world.”

Macallan - Mix things up
The leading single malt brand of Macallan have announced a special limited release that is exclusive to the Asian travel retail market.  For the bottling they have teamed up with renowned Japanese photographer Daido Moriyama, who has just celebrated his 75th birthday.  The whisky has a rather long name ... The Macallan Masters of Photography : Capsule Edition : Daido Moriyama - Remix, Remixed.  The bottling is accompanied by a bound book of photos by Moriyama from a series of work called 'Remix'.

There are just 500 bottles of this exclusive release and these have come from just one first fill ex-sherry cask (Cask #15245), which was specially selected by The Macallan's Master Distiller Bob Dalgarno.  It has been bottled at the natural cask strength of 58.9% ABV and will retail for £1,075 ($1,750 USD).

posted by Whisky For Everyone at 7:51 PM