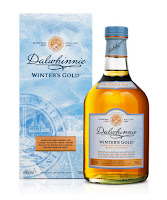 Dalwhinnie - Winter is coming
The Highland distillery of Dalwhinnie, which is home to one of owner Diageo's Classic Malts, has announced a new permanent addition to their core range - the Dalwhinnie Winter's Gold.  The distillery is Scotland's highest and coldest, and the recommended serve is from the freezer as reference to this.  Winter's Gold is available now in selected supermarkets and specialist retailers in the UK, at a cost of £38 a bottle.  To read our recent review and tasting notes of Winter's Gold - click here.

Bruce Mackenzie, the Distillery Manager at Dalwhinnie, comments: “Distilled at the highest, coldest distillery in the UK, Winter’s Gold honours the influence that the cold has on Dalwhinnie. Our Master Blender, Dr. Craig Wilson, only selects casks laid during Scottish winter months to create a golden, rich single malt whisky.” 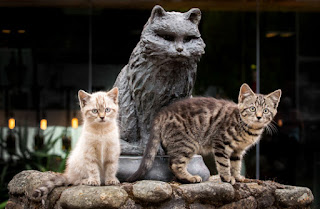 The Famous Grouse Experience, which is located at the Glenturret distillery in Perthshire, has unveiled a new attraction - two kittens named Glen and Turret.  They are to be employed as the distillery's official 'mousers' after Glenturret's last cat died in an accident last year.  The pair have quite a reputation to compete with as previous 'mouser' Towser, who is immortalised with a statue at the distillery, holds an impressive record of catching 28,899 mice at Glenturret between 1963 and 1987.

Stuart Cassells, the General Manager of The Famous Grouse Experience, said: “Glen is, at eight weeks old, very timid and quietly inquisitive while Turret, on the other paw, is a tabby on a mission. He’s a month older than Glen and into absolutely everything from climbing, including your leg, to playing with whatever or whoever he can find.”

Tomatin - Three new releases
The Highland distillery of Tomatin has announced three new limited edition bottlings this week.  The first is the final part in their Cù Bòcan Cask Series. Cù Bòcan is the name given to the smoky, peaty spirit produced at the distillery and The Bourbon Edition follows the Sherry and Virgin Oak Editions.  This has been fully matured in first-fill ex-bourbon casks and there are just 6,000 bottles.  These will be available worldwide (except in the USA) and will retail for £49.99 each. 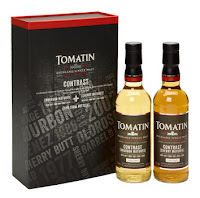 The other two whiskies are being released as a pair in a special set - the Tomatin Contrast.  This offers a comparison between the same Tomatin whiskies with the only difference being that some are matured in ex-bourbon and some in ex-sherry casks.  Both are a vatting of casks selected from the same years - 1973, 1977, 1988, 1991, 2002 and 2006 - and they have been presented as a pair in 35cl bottles at 46% ABV.  There are just 5,400 packs available and they will cost £99.99 each.

eToro is the ultimate forex trading platform for new and professional traders.

Forex Signals Provider 2022: Hot Forex Signal is the top and accurate Forex signals service provider in 2022. If you lose your money via trade we will give 100 percent money back return. Check web: hotforexsignal.com

forex signals can be defined as “buy” and “sell” suggestions and, in conjunction with technical and fundamental analysis, they provide information on the best time and price to enter a trade and profit from the predicted move in price.