Within Inbox we aim to write a few lines detailing each press release/piece of news/PR event that we have received and provide links, where possible, for you to find out further information. This is the first edition of 2016 following the quiet festive period, so welcome back ...

The Glasgow based independent bottling company of Hunter Laing & Co have announced plans to build and operate their own single malt distillery.  Subject to planning permission the distillery will be located on the north eastern coast of the famous whisky island of Islay in the Hebrides.  It will be named Ardnahoe and draw water from the nearby Ardnahoe Loch.

The four acre site will include distilling operations, warehousing facilities and a visitor centre with additional scope for expansion.  The project will cost an expected £8 million and the first spirit is hoped to flow by the end of 2017.  Expected capacity is said to be around 500,000 litres per year.

“While the established distilleries on Islay have been increasing production, there is obvious room for yet further expansion in output.  The new facility is being designed to create a particular style of spirit that we know from our experience of selling whisky in 65 countries around the world will appeal to the Islay whisky lover. By building this distillery, we are fulfilling a long held dream. ”
Stewart Laing - Managing Director, Hunter Laing & Co. 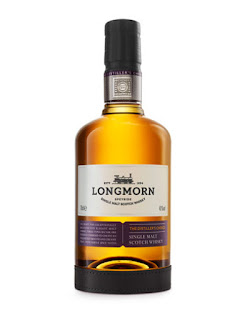 Longmorn - A nice choice
The Speyside distillery of Longmorn, which is owned by Chivas Brothers and is located near Elgin, has announced a new single malt expression - The Distiller's Choice.  The whisky has been matured in three different types of casks - American oak, ex-Oloroso sherry and 'traditional oak'.  It will sit alongside the current 16 years old to form a small range.  The Distiller's Choice is bottled at 40% ABV and will be available shortly in 27 markets around the world including Canada, France and the UK.  The recommended retail price will be £65 or $US94 a bottle.

“For more than a century, Longmorn single malt has been one of the best-kept secrets in Scotland, so we are very excited to be releasing The Distiller’s Choice. It will be the perfect addition to the repertoire of knowledgeable Scotch drinkers around the world.”
Clarisse Daniels, Chivas Bros' Global Marketing Manager - Single Malts. 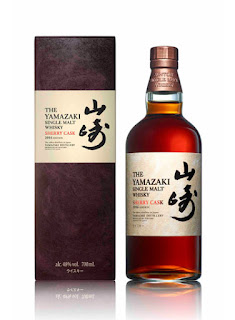 Yamazaki - Anyone for sherry?
The multi award winning Japanese distillery of Yamazaki has announced the release of the 2016 Edition of its Sherry Cask expression.  A previous version (the 2013 expression) gained fame by being voted 'Whisky of the Year' in Jim Murray's Whisky Bible 2015.  There will be just 5,000 bottles worldwide and the whisky has been taken from ex-Oloroso sherry casks hand selected by Shinji Fukuyo, the Chief Blender at Suntory.  It joins three other expressions in the Yamazaki Cask Collection - the Bourbon Barrel, Mizunara & Puncheon.  The Sherry Cask 2016 is priced at £200 per bottle and available from the beginning of February.


UK Blog Awards - How to vote for us 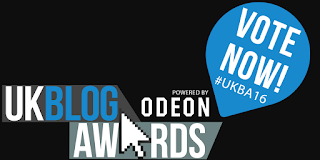 The deadline is fast approaching for the public vote - voting closes on Monday 25 January at 9pm UK time.  To register your vote for us, simply click on the link below and this will take you straight to our homepage on the UKBA site. Click on the 'Vote Now' icon and fill in your details. It takes about 10 seconds. You will then get an email to say that your vote has been accepted. Don't forget that you can vote for us more than once.

posted by Whisky For Everyone at 6:40 AM