Within Inbox we aim to write a few lines detailing each press release/piece of news/PR event that we have received and provide links, where possible, for you to find out further information. This is the second edition of 2016 following the quiet festive period and the industry is beginning to warm up again.  Here is this week's news that caught our eye ... 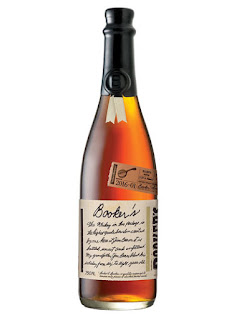 Booker's - Sings the Blues
The small batch Booker's Bourbon has announced the first release in the 2016 Batch Collection.  Casks for each batch are selected in honour of Booker Noe, the legendary former Master Distiller at Jim Beam, by his son Fred Noe (the current Master Distiller).  The Booker's Bourbon 2016-1 has been named Booker's Bluegrass and reflects Booker Noe's love of bluegrass music.  The label features the drawing of a banjo to emphasise this. The Bluegrass is bottled at the natural strength of 127.6 Proof (63.8% ABV) and six years and 11 months of age.  The recommended price is $60 for this US only release.

"My Dad, Booker, created Booker's Bourbon to be his version of the perfect whiskey - uncut and full of rich flavour. Booker's Bluegrass is a reflection of just that, and is a true testament to Dad's larger-than-life personality. Whenever there was bluegrass music, he could be found dancing front-and-centre or trying his hand at playing with the band."
Fred Noe - Master Distiller, Jim Beam. 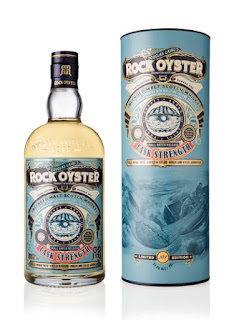 Douglas Laing - Ups its strength
The award winning independent bottling company of Douglas Laing & Co have announced a new addition to their blended malt range - the Rock Oyster Cask Strength.  The original Rock Oyster, a whisky made using malts produced on various Scottish islands, was launched a year ago in January 2015.  The new expression follows a similar recipe and is bottled at the higher strength of 57.4% ABV.  There are 6,000 available worldwide and these can be purchased through specialist whisky retailers or via www.douglaslaing.com now.  The price is £50 per bottle.

“For Rock Oyster Cask Strength, I’ve selected a range of casks from the islands and vatted them together. Anticipate a big peat hit of Islay phenols, iodine and coal dust, with a shake of pepper softening to a distinct honey sweetness from Arran. Jura brings waves of citrus and barley to the mix, and Orkney fetches up some salt from the deep.”
Fred Laing - Managing Director of Douglas Laing & Co. 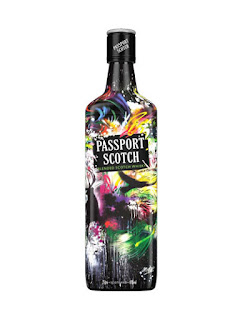 Passport - Arty new look
The increasingly popular Passport blended Scotch brand has launched a limited edition bottle to help promote it to a younger audience in key markets.  The bottle has been designed by London based street artist Jim Vision as part of the brand's new #UrbanArtProject scheme.  He used multi media to create a vibrant single canvas representating what Passport meant to him.  You can see the video of him doing this below.  This was then transferred on to the bottle.  The Passport #UrbanArtProject will be on sale shortly in selected world markets including Bulgaria, Poland, Portugal and Spain.

“After seeing Jim’s work, we knew we wanted him to lead our first ever Passport Scotch #UrbanArtProject.  We couldn’t be happier with the results. His creativity was allowed to flow without constraint, which resulted in this fantastic piece of art that brings our values to life and we hope it will continue to inspire our consumers in emerging markets around the world.”
Mark Thorne - Global Brand Director, Passport Scotch.


posted by Whisky For Everyone at 7:17 AM

eToro is the #1 forex broker for rookie and full-time traders.