The Glenfiddich Experimental Series is a new permanent range of single malts from Scotland's most famous distillery and it kicks off with two expressions – the IPA Experiment and Project XX. Both of the new whiskies have been created by Brian Kinsman, the Glenfiddich Malt Master, who continues to work on forthcoming additions.  the series is designed to highlight the continual experimentation and innovation that Glenfiddich has undertaken since its foundation in 1887.

The IPA Experiment saw Glenfiddich collaborating with a small local craft brewery in Speyside to develop a specific beer for the project. This was filled to whisky casks for a short time before being emptied and whisky being returned to the beer-seasoned casks for a further period. It has been bottled at 40% ABV and will be available through supermarkets and specialist whisky retailers alike. The price will be £45.

Project XX (that's twenty, not X X) saw Glenfiddich’s 20 Brand Ambassadors from around the world tasked with selecting a cask to be included in the final whisky. Each was allowed access to Glenfiddich’s portfolio of maturing stock and once decided the 20 whiskies were blended together by Brian Kinsman to create Project XX. The whiskies included are of varying ages from a combination of ex-bourbon and ex-sherry casks, plus ex-Port pipes. Glenfiddich Project XX is bottled at 47% ABV and is available from specialist whisky retailers. The price is £50.

"The Glenfiddich IPA Experiment was quite unusual but we wanted to really play with the flavours to see what we could create and challenged ourselves to produce something vibrant. For Project XX, each Brand Ambassador had their own idea of what they wanted to add to the whisky. It is a special tribute to those individuals and to each individual cask involved."
Brian Kinsman.


Glenfiddich is located in the Speyside town of Dufftown. It is one of Scotland's few remaining family owned distilleries and was constructed by William Grant himself in 1886/87. Glenfiddich is still owned by William Grant & Sons today. The name is taken from the Fiddich glen, the valley in which it lies and translates as 'valley of the deer' from Gaelic. The distillery is massive and has a capacity of 12 million litres per year, making it one of the largest single malt distilleries in Scotland. 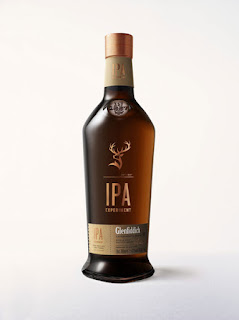 Glenfiddich IPA Experiment
The colour is golden yellow and the nose is full of sweet, malty and citrusy aromas (are there hops too, or is it just that we know beer was involved?).  There are initial aromas of honey, green apples and freshly baked oat biscuits, backed up by some delicious wood spices (especially cinnamon) and candied lemon peel.

On the palate there is an immediate note of honey, which evolves in to golden syrup.  Then comes lovely notes of stewed apples and pears and delicate warming wood spices (cinnamon again, plus a hint of mace).  With time a distinct maltiness comes through, which becomes almost yeasty, along with a developing note of candied lemons.  The malty characteristic continues to grow, adding depth and a lovely bittersweet quality.  This carries on in to the fresh but lengthy finish and is the note that lingers longest, especially once the sweetness and the fruitiness subside. 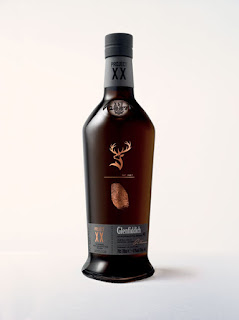 Glenfiddich Project XX
The colour of the whisky is golden amber and the nose has a complex combination of aromas - heavy malted barley, brown sugar, caramel, dark dried fruits (raisins, sultanas and figs especially), vanilla pod, candied citrus (orange in particular) and hints of black treacle and all-spice.  Underneath is a further hint of something earthy and savoury.

On the palate there is an instant hit of sweetness.  This is reminiscent of crumbly brown sugar, caramel and a hint of the black treacle from the nose.  Then comes some delightful dark dried fruits (raisins, sultanas, figs and dates) and the combination made us think of a heavy fruit cake.  There are also hints of dark chocolate, coffee grounds and candied citrus (orange, plus some lemon now), which are backed up by an increasing warming set of baking spices (think of cinnamon, nutmeg, all-spice and a tiny pinch of ginger powder).  The finish is long and chocolate-like.  The spices fade and the sweetness holds well.


What's the verdict?
This is a very interesting concept by Glenfiddich and while they are not the first whisky company to launch 'experimental whiskies' in the last year or so, these are two of the better ones.  The IPA Experiment is the lighter and fresher of the two and is a big departure for the brand.  We think it will be great for whisky beginners.

The Project XX is heavier, punchier, more complex and aimed at the specialist market.  The 'whisky geeks' will love it and is non chill-filtered to add structure and depth.  Both whiskies are incredibly affordable and Glenfiddich must be congratulated for that.  It will be so interesting to see what the next developments and experiments are in the range.  We cannot wait to see what Brian comes up with ...

posted by Whisky For Everyone at 8:04 PM