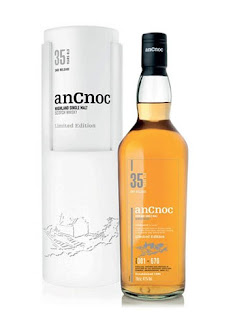 AnCnoc
The east Highland distillery of Knockdhu has launched three new expressions of its AnCnoc single malt this week - second release of their 35 years old, plus two peated whiskies named Rùdhan and Stack.  The 35 years has been matured in American oak ex-bourbon casks and then selected by Gordon Bruce, the Distillery Manager at Knockdhu, and Stuart Harvey, the Master Blender for owners InverHouse.  There are just 670 bottles available worldwide.  The whisky is released at 41% ABV and is non chill-filtered and of natural colour.  A bottle will cost £500. 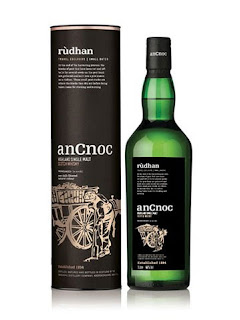 The Rùdhan is a new whisky that will be exclusive to the global travel retail market.  The name, pronounced 'roo-an', refers to the Gaelic name for a stack of dried peat.  This peaty whisky is bottled at 46% ABV, is non chill-filtered and of natural colour.  The Stack is also peaty and is the latest limited edition.  It is given the English name rather than Gaelic. There are 6,000 bottles and they are available in Europe only.  This is also bottled at 46% ABV, is non chill-filtered and natural in colour.  No indication of price were given in the press release for either whiskies. 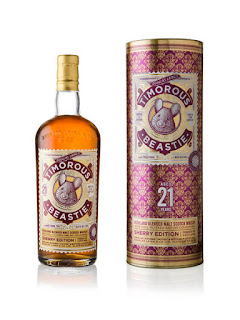 Douglas Laing
The independent bottler Douglas Laing & Co have announced the latest expression of their ever-expanding Timorous Beastie range.  Hot on the heels of the recent 40 years old version, they are releasing the 21 years old Sherry Edition.  The Timorous Beastie is a blended malt constructed of Highland single malts and forms part of the company's Remarkable Regional Malts collection.  The new whisky has been made using just ex-sherry cask matured whiskies and there are 2,718 bottles.  These are at 46.8% and are non chill-filtered and of natural colour.  They will be available shortly for £90 a bottle. 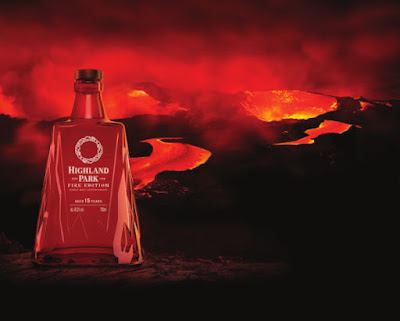 The Orcadian single malt distillery of Highland Park have announced the second and final bottling in their Nordic Giants series.  Highland Park Fire follows the Ice expression from earlier this year and is named after Surtr, the evil giant that ruled the Fire Realm in Norse mythology.  The whisky is 15 years of age and has spent its full maturation period in re-fill ex-Port casks.

Fire is presented in a crimson red glass bottle, a black wooden cradle and a booklet recounting the story of the Fire Giants. It has been released at a strength of 45.2% ABV and there are 28,000 bottles, which will be available in 15 markets worldwide through specialist whisky retailers.  Highland Park Fire will cost £190 each. 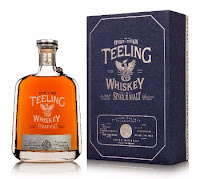 Teeling
The independent Teeling Whiskey Co have released two oldest Irish single malts - the Teeling 24 years old and the Teeling 33 years old.  The 24 years old expression was distilled in 1991 and has been matured in ex-bourbon casks before being finished in ex-Sauternes dessert wine casks.  It also includes a small portion of rare peated malt.  There are just 5,000 bottles and will retail for €300 (£265). 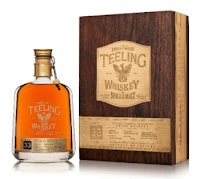 The 33 years old expression is believed to be the oldest Irish single malt currently on the market and was distilled in 1983.  The bottling consists of just two ex-bourbon casks, which have been married together to give 275 bottles.  These are bottled at the natural cask strength of 42.9% ABV and will cost €3,000 (£2,650) each.  Both will be available at the Teeling distillery in Dublin and in selected other markets globally.

"These offerings are central to our goal to help drive diversity in Irish whiskey by introducing interesting and unique small batch bottlings. There is nothing else like these Irish Single Malts on the market and represent a rare piece of Irish whiskey history in each bottle."
Jack Teeling - Founder of The Teeling Whiskey Co.


posted by Whisky For Everyone at 7:23 PM

eToro is the #1 forex trading platform for newbie and advanced traders.