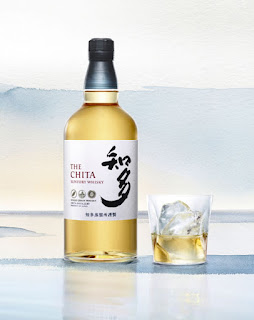 Chita
Suntory, the Japanese whisky producer, has announced that it will be releasing its Chita single grain whisky for the first time in the UK from July 1. The whisky has previously been available in selected other markets, including travel retail. Chita has been created by Shinji Fukuyo, the Suntory Master Blender, and has seen the grain whisky matured in a combination of three different cask types - American oak, Spanish oak and ex-wine casks. It will be available from selected specialist retailers in the UK with a recommended retail price of around £50 for a 70cl bottle. 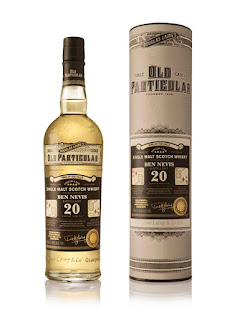 Douglas Laing
Another week and another release from the prolific independent bottler Douglas Laing & Co. This week sees the release of the second bottling in their Consortium of Cards series of single cask single malts. The 'King of the Hills' is a 20 years old from the Ben Nevis distillery in Fort William and has been matured in an ex-sherry butt. It follows the 'Queen of the Hebrides', an 18 years old Laphroiag, in the series of Old Particular bottlings that are inspired by a deck of playing cards.

The ' King of the Hills' is released at 50% ABV, is non chill-filtered and of natural colour. It is available from selected specialist whisky retailers globally. No indication of the number of bottles or price were given in the press release.

"Our Old Particular King of the Hills bottling honours Ben Nevis, the highest mountain in Britain. Conquering its peak is a personal challenge for many, and we believe our latest Consortium of Cards bottling represents the ideal reward after an arduous climb."
Cara Laing - Director of Whisky at Douglas Laing & Co. 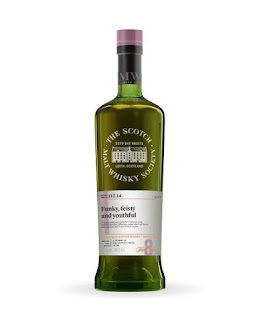 Scotch Malt Whisky Society
The SMWS have announced a special bottling for Father's Day, which is on Sunday (June 18). The 112.14 is named 'Feisty, Funky & Youthful' and sits in Society's Sweet, Fruity & Mellow profile category. The whisky is from a west Highland distillery, which was distilled in February 2008 and then matured in a single second-fill ex-bourbon hogshead cask. It has been bottled at eight years of age and at the natural cask strength of 60.5% ABV. Each 70cl bottle will cost £49.50. You can order your bottle via a special page on the website - click here.

In addition, the Society have a limited membership offer running for Father's Day, although the deadline is June 30. They have the regular full membership (normal price £61.50) plus a bottle of 'Feisty, Funky & Youthful' for the combined price of £80. Memberships offers exclusive access to their range of whiskies, Unfiltered magazine and their rooms in Edinburgh, London and around the world. This can again be purchased through the website.

posted by Whisky For Everyone at 8:54 AM