What is the Future of Whisky? 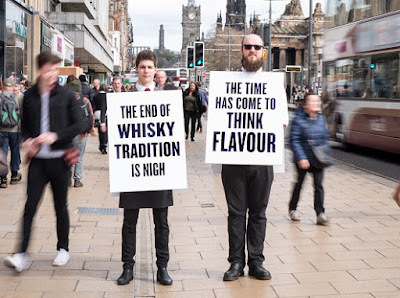 It seems that everyone is constantly trying to predict the next big thing? What is the next trend? It is human nature to seek constant change and development, and this urge covers all walks of life.

The whisky world generally works at a somewhat slower pace than most industries. However, it is not averse to evolution and innovation. This was recently brought in to focus at an event, hosted by the Scotch Malt Whisky Society, looking at the future of whisky.

The main speaker was Dr. Morgaine Gaye, a food futurologist. Her expertise aids brands to develop new products, while commentating on potential forthcoming changes, trends and fads. The resulting lecture was fascinating, especially as Dr. Gaye (pictured below) does not work in the whisky industry and seemed to look on it with fresh eyes. 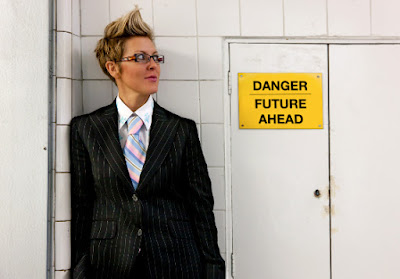 According to Dr. Gaye, the UK is the most trend driven and aspirational culture in the world and is at the forefront of many of the best developments in the food and drinks industries. Despite this, UK consumers are generally not very creative and tend to stick to what they know.

Visual stimulation dominates the market, while smell is the most unexplored sense. It is this area where Dr. Gaye believes we will see the most future development across the board. She believes that brands will combine what we see with scent to heighten consumer experience.

She also stated that the current trend of sugar being demonised and seen as unhealthy will evolve to allow darker colours and more savoury flavours to be used. This can already be seen in restaurants where combinations of savoury and sweet are being creatively mixed.

So, what are the future trends for whisky? Dr. Gaye believes that this combination of sight and smell will be important - more brands will use a mixture of both to attract customers and re-enforce the quality of the product. Also, texture will play a key role in attracting a new audience to whisky, as Dr. Gaye stated,

“Texture is the new flavour. By changing the feel of the whisky, the experience will be different. Adding something to alter the texture, colour or aroma of the whisky could make it more appealing to different consumers”.


Only time will tell whether this comes true. The skeptics will argue why would anyone want to drink a thickened and coloured version of a single malt or blend, but why not? Many trends have been dismissed in the past that have now become commonplace.

You only have to look at whisky for examples – single malt did not commercially exist before the 1960s and people said it would never sell, flavoured whiskies such as Jack Daniel’s Honey have been introduced in the last five years and purists scoffed, and so on.

Personally, I am not sure I learned anything new about what the future holds for whisky but it was a fascinating evening that made food and drinks trends more evident to a gathered audience. That can only be a good thing.