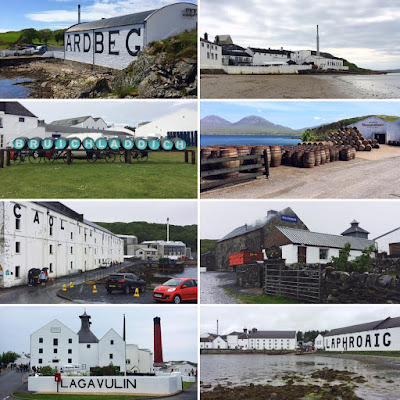 For the last week, I have had the pleasure of being on Islay for my first taste of the annual Feis Ile festival. The festival is a celebration of the island's culture and music, but most importantly its whisky. Whisky is engrained in to Islay life and its distilleries are known the world over, mostly for their unique smoky and peaty flavours.

Every year at the festival each of the Islay's eight single malt distilleries have an open day. Part of this involves releasing a special limited edition bottling that are only available to those attending the distilleries during the festival.Demand is normally very high and sees whisky fans queuing up at distillery gates in the early hours of each morning to make sure they secure a bottle.

I was lucky enough to be invited on an annual trip operated by The Whisky Lounge that gives guests a behind the scenes look at the island and Feis Ile. Check out their website if you fancy joining them next year. During my week on the island we visited all eight of the operational distilleries, some of which I had never been to, and sampled each of the Feis Ile bottlings. Here are some basic notes on each. 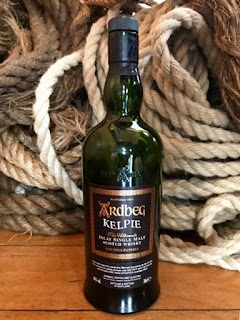 Ardbeg Kelpie
46% ABV, £100
The Kelpie, referring to a mythical creature that rises from the sea according to Islay folklore, is Ardbeg's bottling for this year. It follows a cask strength version for its Ardbeg Committee members. The nose is packed with heavy peat smoke aromas that are plenty of honey, vanilla and malty/cereal biscuits.

On the palate this is intially peppery and very peaty. The peat is acrid and earthy. This characteristic is complimented by notes of vanilla, honey, golden syrup and a distinct sweet maltiness, which becomes slightly more bittersweet with time. Late wood spices (cinnamon and mace especially), red chilli and white chocolate also come through. The finish is long, peaty and drying especially once the sweetness goes. 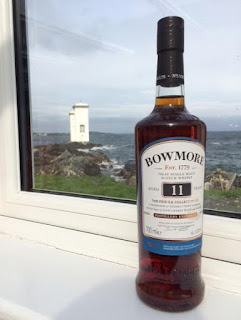 Bowmore 11 years old Feis Ile
53.8% ABV, £60
Bowmore's bottling is 11 years of age and has been matured in a combination of ex-sherry and ex-red wine casks. They also had a 19 years old expression on offer, which sold out in no time. The aromas on the nose are reminiscent of caramel and dark dried fruits backed up by an earthy, slightly acrid peat smoke.

On the palate the whisky is rich and heavy. The initial notes of sweet caramel and dried fruit (raisins and dates in particular) combine with soft peat smoke and increasing wood spices, especially cinnamon and a pinch of star anise. Late candied orange comes through when water is added. The finish is long and drying with the peat smoke and wood spices taking over. 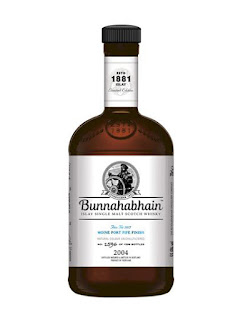 Bunnahabhain 13 years old Moine
55.6% ABV, £95
Bunnahabhain's bottling for this year's Feis Ile is a 13 years old expression that has been matured in ex-Port pipes and named Moine. The nose has a faint whiff of smoke but is dominated by aromas of dark dried fruit (raisins and prunes), caramel and hints of treacle and milk chocolate.

On the palate the Moine is rich and viscous with delicious notes of caramel and the dark dried fruits from the nose, plus figs and chocolate. Heavy wood and baking spices come through well and add depth and balance. The finish is long, fruity and sweet. As the sweeter notes fade the spices and faint smoke develop and take hold. 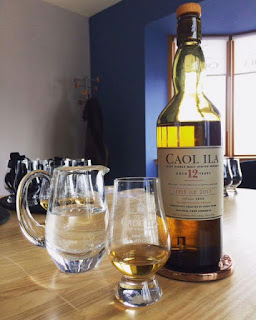 Caol Ila 12 years old Feis Ile
55.8% ABV, £99
This year's Feis Ile bottling is a 12 years old expression that has been double matured in ex-Amoroso sherry casks. The nose has a lovely mix of aromas - delicate peat smoke that has an ashy/coal smoke feel and lots of dried fruits (especially sultanas, plus candied orange and lemon).

On the palate the whisky has a viscous and oily texture. The predominant notes are of vanilla, honey, golden syrup and that delicate smoke from the nose. There is also plenty of juicy sultana and candied citrus again. Underneath are hints of honeysuckle (or something similarly Summery and floral), honeycomb sweets and a ginger-like earthiness. 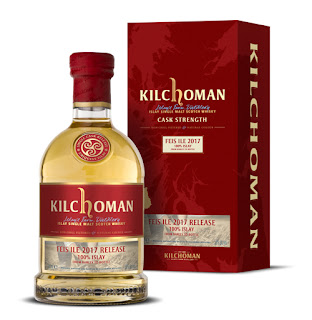 Kilchoman Feis Ile 2017
58% ABV, £90
The festival bottling for this year is a nine years old and cask strength version of Kilchoman's annual 100% Islay release. On the nose there is immediate aromas of toffee and butterscotch, supported by delicate ashy smoke and heavy wood spices.

On the palate this whisky has a slightly oily and peppery feel. There are initial notes of vanilla and honeycomb with further elements of toffee and cinnamon coming through. The delicate ashy coal smoke from the nose is never far away, plus a late hint of apricot. The finish is long and warming with hot smoke and increasingly influential wood and baking spices most dominant. 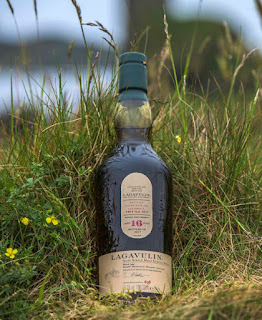 Lagavulin 16 years old Feis Ile
56.1% ABV, £125
The Lagavulin release for Feis Ile sees a 16 years old expression that has been double matured in ex-Moscatel wine casks. The nose has a pungent aroma that combines sweet mossy peat, toffee, sultanas and raisins with honey, milk chocolate and a hint of seaweed.

On the palate the whisky is rich and full bodied. Notes of raisins, sultanas and golden syrup are joined by a robust peat smoke that evolves in to something remiscent of coal tar soap. Hints of candied lime, brine and white pepper develop to add warmth and depth. The finish is long and peaty with a late hit of ginger and chilli. 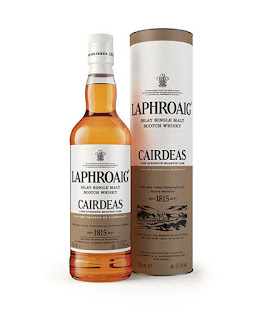 Laphroaig Cairdeas 2017
57.2% ABV, £77
Laphroaig's annual Feis Ile bottling is named Cairdeas, the Gaelic word meaning friendship. This year's whisky was created after requests from members of the Friends of Laphroaig club to release a cask strength version of their popular Quarter Cask expression.

The nose is packed with expressive aromas of iodine, seaweed, acrid peat smoke and honey. On the palate the whisky is tangy and sharp initially. Lots of lemon zest, icing sugar and wood spice mingle with heavy acrid peat smoke and vanilla. Honey, sultanas and hints of brine and white chocolate follow. The finish is long and very peaty, creating a dry and bittersweet edge. 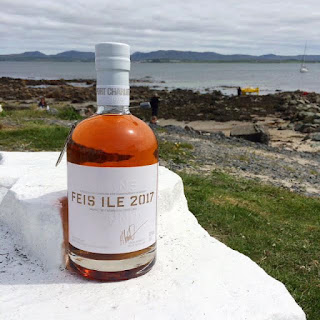 Port Charlotte Transparency
56.4% ABV, £100
Port Charlotte is the name given to the smoky/peaty spirit made at Bruichladdich distillery and this version is peated to 40ppm. The nose has aromas of sweet peat with an acrid twist, damp earth, honeycomb, caramel and almond.

On the palate this whisky is punchy and vibrant with dominant notes of honeycomb, golden syrup and feisty peat smoke with a slightly rubbery edge. Underneath is a distinct nuttiness and hints of baking spices and candied orange. The finish is long with plenty of smoke. This makes the whisky dry and gripping, especially once the sweeter elements fade.

So what was my favourite? This is a tough call but if I had to go for one, then it would be the wonderfully balanced and delicious Caol Ila bottling.