Within Inbox we aim to write a few lines detailing each press release/piece of news/PR event that we have received and provide links, where possible, for you to find out further information.  This is the news that has grabbed our attention this week. Again it's another busy one, just like last week ... 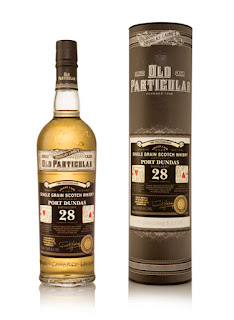 Douglas Laing & Co
The independent bottling company of Douglas Laing & Co have announced the third bottling in their limited single cask Consortium of Cards series - 'The Crackerjack' Old Particular Port Dundas 28 years old. It follows 'Queen of the Hebrides' Laphroaig 18 years old and 'King of the Hills' Ben Nevis 20 years old single malts in the series and is the penultimate release.

The Port Dundas single grain distillery was located in Glasgow and closed a decade ago. The release symbolises the rebirth of the Glasgow whisky industry as Douglas Laing have recently announced plans to build a distillery in the city. 'The Crackerjack' is bottled at 50% ABV, is of natural colour and non chill-filtered. It has been matured in a re-fill hogshead cask and there are just 290 bottles. It will be available through selected specialist whisky retailers and via www.douglaslaing.com shortly. No indication of price was given in the press release. 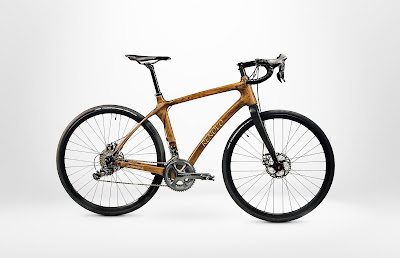 The north Highland distillery of Glenmorangie have officially launched this year's product in their Beyond The Cask series. The Glenmorangie Original by Renovo is a bespoke bicycle with a frame made from American oak ex-bourbon casks used to mature Glenmorangie single malt whisky. Once the casks have done their work, they were then shipped to Renovo's workshop in Portland, Oregon where their technicians crafted then in to a lightweight vehicle.

Each bicycle contains approximately 15 cask staves and the design of the frame reflects the curvature of a whisky cask. Each frame, which is hollow to reduce weigh, takes about 20 hours to craft and the size can be altered during production to accommodate different riders. There will be very limited numbers of The Glenmorangie Original by Renovo, rumoured to be around 75, and each will cost £5,400. 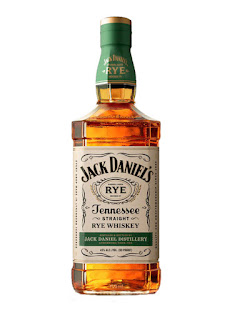 Jack Daniel's
American whiskey producer Brown-Forman has announced the release of a new expression in to their best selling Jack Daniel's range - the Jack Daniel's Tennessee Rye. The launch, which will initially just be in the US market, follows the successful release of the Single Barrel Rye last year. The Tennessee Rye has a mash bill of 70% rye, 18% corn and 12% malted barley. It is matured in new American oak casks before being mellowed through charcoal and then bottled at 45% ABV (90 Proof). The Tennessee Rye will be available across America from October and will cost $27 for a 750ml bottle.

“This is rye whiskey made Jack’s way. We think our grain bill provides the ideal taste and character – one that’s bold and balanced and not dominated by one flavour. Our goal was to create a versatile whiskey with balance that can be enjoyed neat, on the rocks or mixed in a classic American whiskey cocktail.”
Jeff Arnett - Master Distiller at Jack Daniel's. 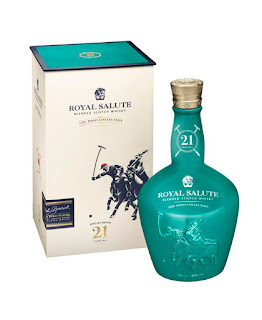 Royal Salute
The prestigious Royal Salute brand have announced a new version of their blended Scotch whisky - the Royal Salute Polo Edition. As with the regular Royal Salute, it has been bottled at 21 years of age. The new blend has been created by Sandy Hyslop, the Director of Blending for Royal Salute, and is designed to be lighter and more delicate than the regular version. This is so it can be consumed during the day at high class sporting occasions, such as polo, or after play has finished.

The Polo Edition was exclusively launched during the Sentebale Royal Salute Polo Cup, held in Singapore, back in June but is now available globally. Each specially designed ceramic bottle will cost £105 ($140 US). 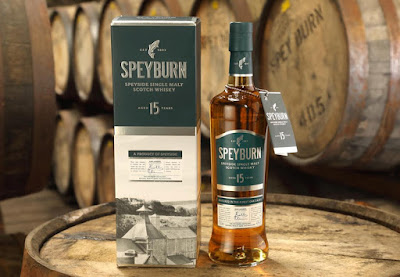 The Speyburn distillery, which is located in the central Speyside village of Rothes, have revealed a new expression for their core single malt range and a new look for that range. The Speyburn 15 years old has been matured in a combination of American oak ex-bourbon and Spanish oak ex-Sherry casks. It joins the Arranta Casks, Bradan Orach and 10 years old expressions in the core range. The 15 years old is bottled at 40% ABV and will be available shortly. No indication of price was given in the press release.

The release also signals a re-designed for the core range packaging. The new version pays homage to the Speyburn distillery, its 120 year history of whisky making and the distillery's location in Speyside. Each whisky will be presented in a premium carton that features the brand's leaping salmon logo. The new packaging will be rolled out globally across the range in the coming months.

posted by Whisky For Everyone at 8:47 AM

Get all your favorite alcoholic drinks at Duty Free Depot!