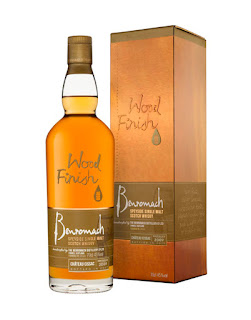 Benromach
The small Speyside distillery of Benromach have added another expression to their Wood Finish range of single malts - the Benromach Château Cissac Wood Finish 2009 Vintage. This has used casks that were hand selected by Keith Cruickshank, the Distillery Manager at Benromach, from the French wine region of Haut-Médoc near Bordeaux.

The whisky was initially filled to first-fill ex-bourbon casks before being transferred to ex-red wine casks from the renowned Château Cissac and finished in them for 25 months. It has been bottled at 45% ABV and is available to buy via selected specialist retailers. The recommended price is £40 a bottle.

"This latest whisky is a welcome addition to our growing family of Speyside single malts. Our previous Wood Finish expressions have proved to be very popular so far and we are looking forward to hearing what whisky lovers think of this Château Cissac."
Keith Cruikshank. 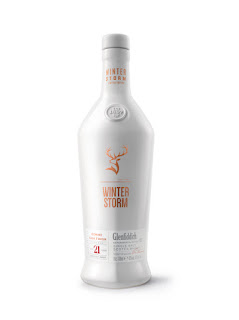 Glenfiddich
The leading Scotch single malt brand of Glenfiddich have announced the third bottling in their Experimental Series - the Glenfiddich Winter Storm. The whisky has been created by Brian Kinsman, the Malt Master for Glenfiddich, and uses Canadian ice wine casks made from French oak for a short finishing period. These have previously matured ice wine, made from grapes frozen on the vine and picked at night, produced at the Peller Estate winery in Niagra.

Following a period of experimentation, Kinsman discovered that older whiskies reacted best with the casks. Therefore, the Winter Storm is a 21 years old expression with a six month finish in the ex-ice wine casks. It is bottled at 43% ABV and is a limited edition, although actual numbers were not revealed in the press release. Glenfiddich Winter Storm will be available through specialist whisky retailers and will cost £199 a bottle.

“Only the rarer whiskies that I experimented with could cope with the extra ice wine intensity that comes from the ice wine casks. Having more tannins, extracted from years in oak, these malts brought out a uniquely fresh lychee note instead of being swamped by sweetness.”
Brian Kinsman. 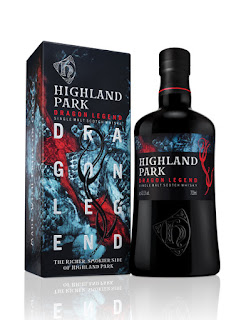 Highland Park
The Orcadian single malt brand of Highland Park have released a new whisky called Dragon Legend. It is designed to have a 'richer and smokier flavour' than previous expressions of Highland Park and is initially exclusive to UK supermarkets , including Tesco. Dragon Legend will then be rolled out to key European markets in early 2018. The name takes inspiration from the brand's Viking heritage and the tale of the evil serpent Fafnir. It has been matured in a combination of American oak and European oak ex-sherry casks, and is bottled at 43.1% ABV. A bottle will cost £40. 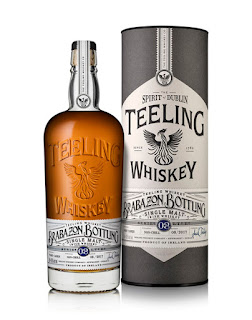 Teeling
Independent Irish whiskey distiller Teeling Whiskey Co. have announced the second expression in their Brabazon Bottling Series. The second release in the single malt series focusses on the influence of ex-Port casks on the whiskey and has been created using different ages of single malts that have experienced different maturation times in the old Port casks.

It is bottled at 49.5% ABV and is no chill-filtered. There will be 12,500 bottles of the Brabazon Bottling #2 Port Casks and will initially be available via selected retailers in Ireland, including the distillery shop in Dublin. It will then be extended to other markets including Asia, Australia and Europe. The price will €78 per bottle. 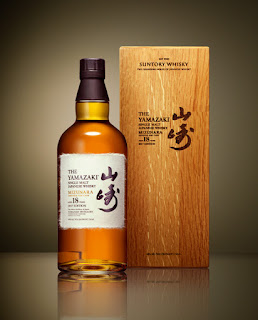 Yamazaki
The premium Japanese single malt brand of Yamazaki has revealed its latest special bottling - the Yamazaki Mizunara 2017 Edition. The whisky has been created by Shinji Fukuyo, the Chief Blender for brand owners Beam Suntory. It is constructed of a selection of single malts, which have all been matured for at least 18 years in Mizunara oak casks. Mizunara is a rare Japanese oak that is notoriously difficult to shape and make in to casks and the new release pioneers Beam Suntory's 'Art of Mizunara' project.

The Mizunara 2017 Edition is presented in a crafted wooden box made from recycled Yamazaki casks and will be available from selected specialist retailers in the UK from early October. Each bottle will cost £1,000.

“I wanted to reveal the whisky’s soul that is the Art of Mizunara - a heightened sense and awakened palate, engaged through aromas and flavours never known before. Encountering it should be a moment of epiphany.”
Shinji Fukuyo.

posted by Whisky For Everyone at 2:18 PM