Within Inbox we aim to write a few lines detailing each press release/piece of news/PR event that we have received and provide links, where possible, for you to find out further information.  This is the news that has grabbed our attention this week. It's a big one again, so grab a dram and settle in ... 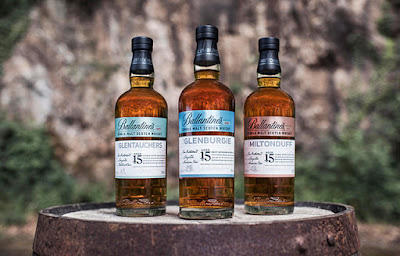 The blended Scotch brand have entered the single malt category with the release of three whiskies. These are from three of the most important distilleries that contribute single malt to the Ballantine's blended range - Glenburgie, Glentauchers and Miltonduff. All are from the Speyside region and bottled at 15 years of age. They are presented at 40% ABV and will be available in Asia through travel reatil, before seeing a global domestic market introduction. The price will be £42 ($56 US) each. 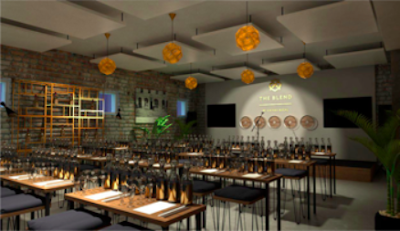 The popular blended Scotch brand of Chivas Regal have announced the return of The Blend, their interactive whisky experience, to London. This follows an incredibly popular first year in the Autumn of 2016. The Blend allows consumers to learn about whisky and the different constituent parts that make up the Chivas Regal blend in The Art of Blending workshop. They then get the opportunity to make their own version to take home with them.

The venue this year is a pop-up space at 133 Bethnal Green Road in east London and features the blending workshop area, plus a Chivas cocktail bar. The bar is open outside of the workshop times. Tickets start from £20 for two people and need to be booked in advance via chivas.com/theblend. The Blend will be open every day during London Cocktail Week (October 2-8) and then every Wednesday to Sunday until December 3. 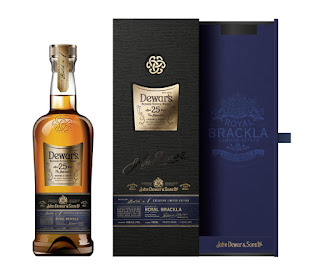 Dewar's
The popular blended Scotch brand of Dewar's has announced a new addition to the core range - the Dewar's 25 years old. This replaces the no age statement Signature expression at the top of this range. The move is designed to show the Dewar's commitment to the age statement category.

The new 25 years old expression has been created by Stephanie Macleod, the Master Blender for Dewar's, and uses some of the company's oldest single grain and malt whiskies. In an additional twist, once blended together the whisky has undergone a further maturation in casks used to mature Royal Brackla single malt.

The Royal Brackla distillery is widely regarded as the brand home for Dewar's and its whisky is one of the signature malts in the range of blends. The Dewar's 25 years old is bottled at 40% ABV and will cost £170 ($225 US). It will initially be available in the travel retail sector globally, before being put in to key domestic markets later. 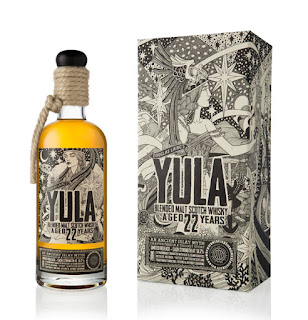 Douglas Laing
Another week, another release by independent bottler Douglas Laing. This time it is the third and final bottling in their Yula series. Named after the Norse goddess of Yula, who was legendary in the Hebridean islands, this whisky is a blended malt made from a selection of Island single malts. The series has followed the same whisky through its maturation - a 20 years old was released in 2015, a 21 years old version in 2016 and now the 22 years old.

Yula 22 years old is bottled at the natural cask strength of 51.2% ABV and is non chill-filtered and of natural colour. There will be only 900 bottles and these will be available in specialist whisky retailers in selected global markets. No indictaion of price was given in the press release. 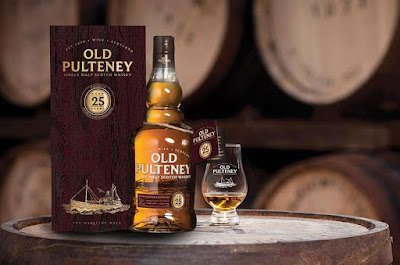 The north Highland distillery have announced the release of a new premium single malt to their core range - the Old Pulteney 25 years old. This replaces the multi award-winning 21 years old in the range. The new expression has been matured in American oak ex-bourbon barrels for its first 22 years, before being transferred to Spanish oak ex-sherry butts for three years. It has been bottled at 46% ABV and will be available from early October via specialist whisky retailers worldwide. The price will be £300 per bottle. 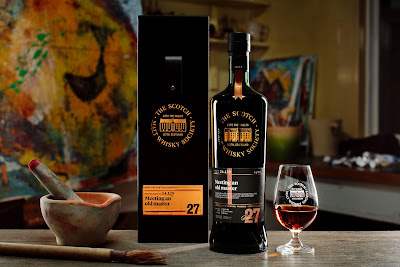 The SMWS have unvieled a new super-premium whisky range and announced the first two bottlings in that range. The Vaults Collection is a prestigious new series and will feature some of the Society's oldest and rarest single casks. The new releases will be presented in improved packaging with a carton and black glass bottle, both featuring copper writing and adornments. The first two whiskes are named In A Perfumed Garden and Meeting An Old Master.

In A Perfumed Garden is a 26 years old single malt from a Lowland distillery that closed in 1993. It has been matured in an ex-bourbon barrel, then an ex-Sauternes dessert wine cask and finally back to an ex-bourbon barrel. There are just 170 bottles and the price is £875 each.

Meeting An Old Master is a 27 years old single malt from a renowned Speyside distillery and was distilled in May 1990.It has been matured predominantly in an ex-Oloroso sherry cask before being moved to an ex-Pedrom Ximinez sherry butt. There are 437 bottles and each will cost £980. Both are available to SMWS members in the UK and Europe from October 2, with limited numbers going to Asia and the USA later.

“The Vaults Collection encompasses the finest and rarest casks from our treasure trove of single cask whiskies. These casks have been stored over decades and nurtured through their maturation as the ultimate expressions of their kind – these are once-in-a-lifetime bottling of liquid history.”
Kai Ivalo - Spirits Director at the SMWS. 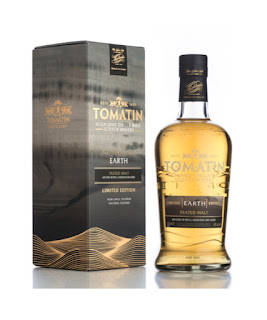 Tomatin
The Highland distillery of Tomatin has announced two new limited releases this week - the Tomatin Earth and Cù Bòcan 2006 Vintage Edition. The Tomatin Earth is the third expression to be released in to the distillery's Five Virtues range and follows Wood and Fire. It has been created from spirit made with peated malt. There are just 6,000 bottles and they will be available through specialist whisky retailers worldwide. The final two whiskies in the series - Metal and Water - are scheduled for release in early to mid-2018. 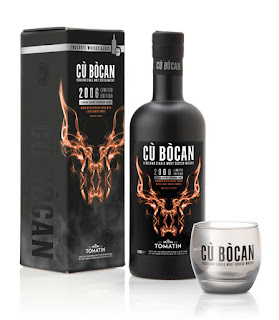 The Cù Bòcan range is Tomatin's regular peated offering and is named after a mythical Highland dog-like creature. The 2006 Vintage Edition has been matured in a combination of first-fill ex-bourbon casks and first-fill ex-sherry butts. There are just 9,000 bottles, which are presented in a black bottle along with a Cù Bòcan branded glass. It is released at 50% ABV and will cost £53. It will be available worldwide via selected specialist whisky retailers - a list of stockists can be found at www.tomatin.com/shop.


posted by Whisky For Everyone at 2:48 PM