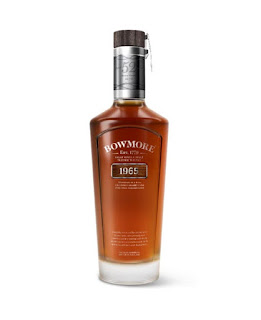 Bowmore
Islay's oldest distillery of Bowmore, which was founded in 1779, has announced the latest release in its prestigious Vaults Series - the Bowmore 1965 52 years old. The whisky has been maturing at the brand's Islay home for over half a century and there are just 232 bottles of this rare liquid. It is presented in a hand blown crystal decanter that features sterling silver adornments.

The Bowmore 1965 is bottled at the natural cask strength of 42% ABV and will be available from selected specialist whisky retailers from early December. Each bottle will cost £22,300. For further information, please visit www.bowmore.com.

"This is the 3rd Vaults Series release under my tenancy and is certainly one of the most remarkable whiskies we have produced. It demonstrates the rewards of our meticulous aging process and showcases the quality of whiskies coming from our dedicated distillery team."
David Turner - Distillery Manager at Bowmore. 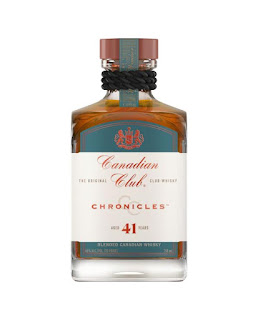 Canadian Club
The iconic Canadian whisky brand of Canadian Club has released its oldest ever expression - the Canadian Club 41 years old 'Chronicles Issue No.1'. The bottling - which is nicknamed 'Waters of Windsor' in homage to the brand's home in Windsor, Ontario - was batched and barreled in 1977. It is presented in a decanter style bottle and is the first bottling in the new ultra-premium CC Chronicles series. This 41 years old is bottled at 45% ABV (90 Proof) and will be available across the USA in limited quantities. Each bottle will cost $300 US. 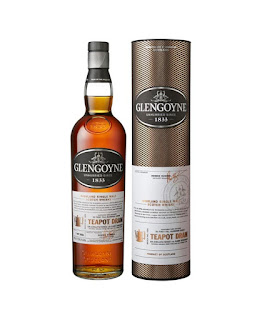 Glengoyne
The Highland single malt distillery of Glengoyne has announced the latest bottling in its Teapot Dram series, which has built up something of a cult status. The Glengoyne Teapot Dram Batch No.6 has been matured in first-fill ex-Oloroso sherry casks and there are just 2,772 bottles available. The name derives from from the practice of giving distillery workers a hefty dram of whisky three times a day, which was sometimes disguised in a teapot. This was stopped in the 1970s.

The Teapot Dram Batch No.6 is bottled at the natural cask strength of 59.3% ABV and is of natural colour and non chill-filtered. It will only be available at the distillery shop near Dumgoyne and on the brand's website www.glengoyne.com. A bottle will cost £90. 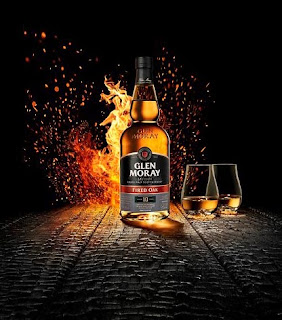 Glen Moray
The Speyside distillery of Glen Moray have continued their busy year with the announcement of another new product - the Glen Moray Fired Oak 10 years old. The new whisky has been developed by the Distillery Manager at Glen Moray, Graham Coull, and is inspired by his increasing appreciation for American whiskey. Fired Oak has seen classic Glen Moray spirit matured in ex-bourbon casks for nearly a decade before being transferred to heavily charred virgin American oak casks for a 10 month finishing period.

Described as a 'Gateway To Flavour', the Fired Oak is bottled at 40% ABV and will be available shortly via selected specialist whisky retailers in the UK. A bottle will cost £40.

"The Fired Oak is all about enhancing flavours rather than adding different character. The heavy charred new oak intensifies the existing vanilla and spice flavours which have come from the ex-bourbon barrels. Two elements are key to obtaining just the right flavour infusion - the quality of cask and timing."
Graham Coull. 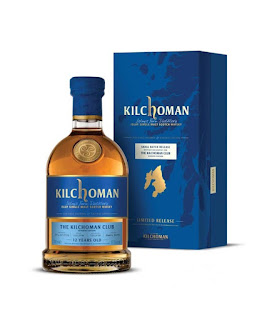 Kilchoman
The small family-owned Islay distillery of Kilchoman has announced details of its annual release for members of The Kilchoman Club.  The rare 12 years old is only the second ever whisky to be released at this age by the distillery, which began production in December 2005, and the seventh such release for Club members. It is the first to be matured solely in ex-Oloroso sherry casks and two have been combined for this release.

These have yielded just 1,313 bottles and it is released at the natural cask strength of 55.2% ABV. Bottles will only be available via their website - www.kilchomandistillery.com - from midday on November 28, and then only to members of The Kilchoman Club, which is free to join. Each bottle will cost £123.

"The Club Release is a special bottling, I always take great care when selecting casks. These two are some of our rarest stock and we simply don’t have many old sherry casks. That said, I believe they are at their peak and were too good to overlook."
Anthony Wills - Founder of Kilchoman. 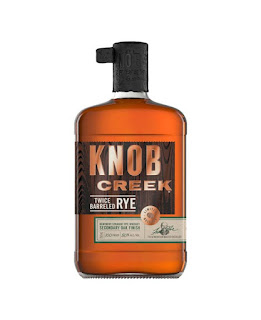 Knob Creek
The American whiskey brand of Knob Creek has added another rye expression to its award-winning portfolio. The Knob Creek Twice Barreled Rye sees the brand's signature straight rye, which was first reelased in 2012, undergo a second period of maturation in new charred American oak barrels. This leads to a more intense aroma and flavour profile and has been created by Fred Noe, the Master Distiller for Beam Suntory's American portfolio. It is bottled at 50% ABV (100 Proof) and will be available across the USA. The cost per bottle will be $45 US.

posted by Whisky For Everyone at 7:23 AM