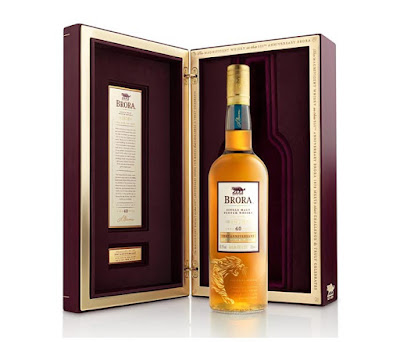 The long-closed north Highland distillery of Brora, which is scheduled to be re-opened next year after nearly four decades of inactivity, has announced the release of a new single malt to commemorate its 200th anniversary. Whisky from Brora, which was founded in 1819, is now very rare as the distillery closed in 1983 and has not been in operation since.

Just twelve American oak hogshead casks, which were distilled and filled in 1978, have been combined to create the new Brora 40 years old and these have yielded 1,819 bottles. It is the first official release of Brora for two years. The whisky is packaged in a special bottle adorned with the Scottish wild cat - the distillery's emblem and also that of Brora's founder the Duke of Sutherland - and is housed in a boutique burgundy display casket.

The Brora 40 years old 200th Anniversary Edition is bottled at the natural cask strength of 49.2% ABV and is priced at £4,500/ $5,250 US per bottle. It will be available via selected specialist and premium retailers. 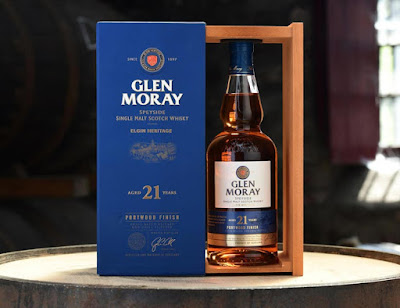 The Speyside distillery of Glen Moray, which is located in Elgin, has revealed details of a new premium addition to it Elgin Heritage Collection - the Glen Moray 21 years old Portwood Finish. This joins the 12, 15 and 18 year olds in the range. The whisky has been created by Graham Coull, the Distillery Manager at Glen Moray, and has seen the liquid matured in ex-bourbon casks before a final period in ex-Port pipes from Portugal.

The new single malt was launched last weekend at the popular Whisky Fringe festival, which is operated by retailer Royal Mile Whiskies. The Glen Moray 21 years old Portwood is bottled at 46.3% ABV and is available now via selected specialist whisky retailers. The price per bottle is £125. 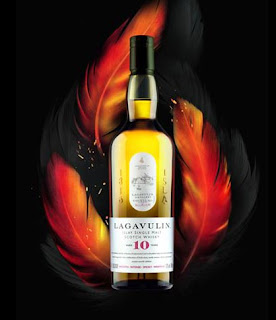 Lagavulin
The Islay distillery of Lagavulin has announced a new permanent addition to its travel retail single malt range - the Lagavulin 10 years old. The new whisky has been created by Dr. Craig Wilson, Diageo's Master of Malts, and he has used a combination of ex-bourbon, re-fill and newly charred rejuvenated casks. Lagavulin 10 years old is bottled at 43% ABV and will be available exclusively through Dufry stores, a travel retailer that are in over 60 countries. A bottle has a recommmended retail price of £50/ $60 US/ €54.

"To many people, Lagavulin is the definitive Islay malt and this new expression has a charming exuberance. The different wood types used have helped create a whisky that is filled with surprising contrasts."
Dr. Craig Wilson.

posted by Whisky For Everyone at 10:51 AM