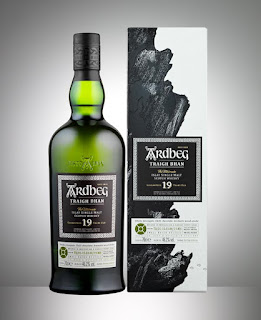 Ardbeg
The cult Islay distillery of Ardbeg has announced its first permanent age statement single malt since the 10 years old first appeared almost 20 years ago - the Ardbeg Traigh Bhan 19 years old. Traigh Bhan (pronounced tri-van) is the name of a famous beach on the Hebridean island, known locally as The Singing Sands. Here the wind and sand combine to create a strange and haunting soundscape.

The new whisky will be produced in annual batches and has been created by Dr. Bill Lumsden - the Director of Distilling, Whisky Creation & Whisky Stocks at Ardbeg using a combination of American oak casks and ex-Oloroso sherry butts. This first batch of Ardbeg Traigh Bhan 19 years old has been bottled at 46.2% ABV and the packaging features the jagged black volcanic rock structures that line the beach. It will be available from Ardbeg Embassy stores and www.clos19.com from September and then specialist retailers later in the Autumn. A bottle will cost £169. 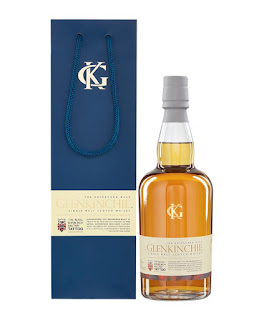 Glenkinchie
The Lowland distillery of Glenkinchie, which is located just 15 miles from Edinburgh, has announced a special limited edition bottling in partnership with The Royal Edinburgh Military Tattoo. Glenkinchie is the official whisky of the annual event, which is held in Edinburgh each August. The special edition was selected by teams from the distillery and the Tattoo committee. It has been matured in a combination of rejuvenated hogsheads and American oak casks.

The Glenkinchie Tattoo is released at 46% ABV and there are just 6,000 bottles. These will only be on sale at the Glenkinchie visitor centre shop and The Royal Edinburgh Military Tattoo official shop in Edinburgh. Each bottle will cost £65.

"This highly prized release has been specially selected as a celebration of our heritage as 'the Edinburgh malt' and the unique partnership between two of the city’s greatest icons, both celebrating our glorious history."
Ramsey Borthwick - Distillery Manager at Glenkinchie. 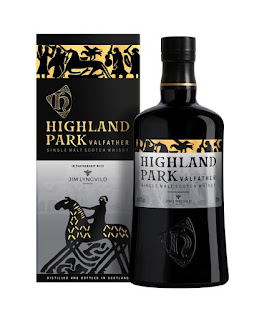 Highland Park
The Orcadian distillery of Highland Park has announced the third and final part of their Viking Legend trilogy - the Highland Park Valfather. It follows the previous Valkyrie and Valknut bottlings. As with these, the packaging has been designed by leading Danish designer Jim Lyndvild and the whisky created by Gordon Motion, the Master Blender for Highland Park. The whisky pulls on the Viking heritage of the Orkney islands and the Norse god Odin, known as Valfather, in particular. It features highly peated malt and has been matured in re-fill casks.

Highland Park Valfather is bottled at 47% ABV and is non chill-filtered and of natural colour. It will be available in specialist retailers globally shortly. A bottle will cost £60/ $73 US/ €66. 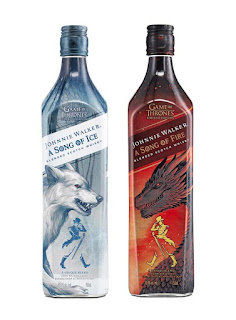 Johnnie Walker
The leading blended Scotch label has announced a further Game of Thrones link-up with TV production company HBO. Two new blended limited edition whiskies, named A Song of Ice and A Song of Fire, have been created to celebrate the legacy of the multi award winning show and are successors to last year's White Walker release.

posted by Whisky For Everyone at 12:20 PM