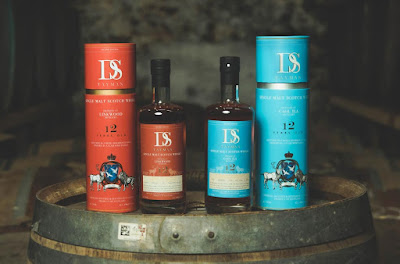 DS Tayman are a new independent bottling company that have been set up with the aim of offering certified kosher whiskies to customers. This is being achieved by pairing selected casks of whisky with wine barrels from different wineries. These casks have then been blessed by a Rabbi in situ in the warehouses in Scotland. This gives the company the ability to carry kosher stamps from KLBD (Kosher London Beis Din), MKL (Mishmeres haKashrus London) and OU (The Orthodox Union). DS Tayman is part of Dalkeith Brokerage.

The company released their first two whiskies in Spring 2020. This Second Edition was released back in the Autumn and features two more whiskies - one from Caol Ila on the island of Islay and one from Linkwood in Speyside. These are released as a set of single casks (30 in total) spanning the two distilleries and at the same ages. In each case the whisky has been initially matured in first-fill ex-bourbon casks before being transferred to ex-red wine casks from the Flam Winery in Israel.

Both distilleries are currently owned by Diageo. Caol Ila is located on the rocky north eastern coast of Islay and was founded by Hector Henderson in 1846. Linkwood is older, having been founded on the outskirts of the Speyside city of Elgin in 1821 by Peter Brown. Both distilleries are large - 6.5 million and 5.5 million litre capacities respectively - and are predominantly used by Diageo in blends. Therefore the easiest way to taste them, especially Linkwood, is through independent bottlers.

Both the Caol Ila and Linkwood 12 year olds are released at 46% ABV and are non chill-filtered and of natural colour. They are available in selected specialist whisky retailers in Israel, the UK and the USA. Each will cost around £50 per bottle. 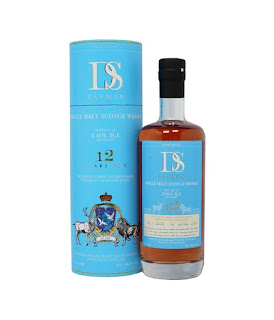 The colour is golden yellow and the nose is a combination of sweet and smoky aromas. The smoke has an ashy, almost flinty, quality with a medicinal and mossy twist. The sweetness has a golden syrup-like feel and these aromas are backed up by further aromas of honey and a hint of caramelised apple and crystalised ginger.

On the palate this whisky has a lovely maltiness and smokiness to begin with. The malted barley note has an earthy edge and is reminiscent of oatcakes or cookies. The smoke has a distinct peat, ashy and slightly chalky quality. It feels acrid and medicinal with hints of seaweed, moss and damp vegetation. Later, it becomes more like bonfire embers. There is plenty of sweetness in the form of golden syrup, honey, toffee and milk chocolate. These notes compliment the rich malty and peaty characteristics well. There are also notes of green apple, cocoa powder and white peach. The finish is long. The sweet and fruity notes go first, then the robust maltiness and finally the peat smoke. This gives a lasting savoury feel that becomes increasingly drying and ashy. 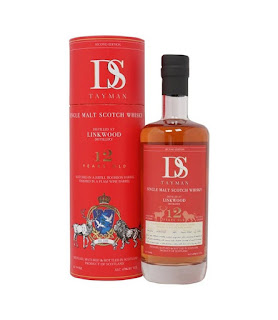 The colour is gold with a distinct red, almost peach, tint. The nose has an instant lightness, vibrancy and sweetness with initial aromas of vanilla, honey, green apple and strawberry jam. Underneath are further aromas of white chocolate and candied lemon, plus a pinch of baking spice (especially cinnamon and all-spice).

On the palate this whisky is sweet and creamy up front, before deeper and spicier notes begin to come through. White chocolate, honey and marshmallow lead the way and are backed up by further notes of vanilla, toffee apple and a hint of butterscotch. Underneath is that red fruit/ strawberry jam note from the nose, which adds delicious depth. With time earthy and woody spices develop to give a pleasant warmth - think of cinnamon and all-spice again along with a hint of white pepper, clove and a hint of gingerbread. The finish is of decent length and follows a similar path as the sweetness slowly fades to let the earthy/ woody spices come to the fore. The result is warming and mouth watering.

These are two fine whiskies from DS Tayman and two that show off very different styles of single malt. The Caol Ila is classic Islay, albeit in single cask form, but it is the Linkwood that was the revelation and shows off the kosker ex-red wine casks best. This is not only true in the colour but also in the aroma and flavour profiles that give plenty of confected red fruit and peppery spices. It will be interesting to see how the range develops with time and which other distilleries may feature.

DS Tayman should also be congratulated for putting these whiskies to market at the very accessible price of £50 per bottle. They could easily have charged more given the single cask nature of them and use of kosher wine casks. Something for other independent bottlers to consider maybe?

posted by Whisky For Everyone at 6:00 PM