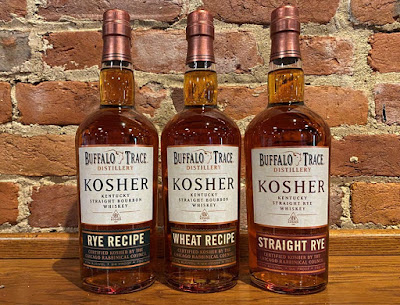 The multi award-winning American distillery of Buffalo Trace has announced the release of three Kosher whiskeys - the Kosher Rye Recipe Bourbon, Kosher Wheat Recipe Bourbon and Kosher Straight Rye Whiskey. The releases are planned to appear every year going forwards and follows a trial release in 2020. It follows a 10 year project of the distillery working with the Chicago Rabbinical Council to give consumers what they believe to be the world's first truly Kosher whiskey.
Strict rules were followed both during the production, maturation and bottling to ensure that the whiskey remained Kosher throughout. All three bottles are released at 47% ABV/ 94 Proof. The Buffalo Trace Kosher bottlings will be available via specialist retailers across the USA and in selected markets worldwide. Each bottle will cost $45 US/ £33.
Highland Park 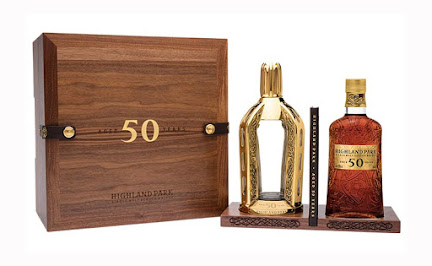 The Orkney distillery of Highland Park has revealed details of its latest 50 years old release. It is the third such single malt bottled at this age and the 2020 batch follows releases in 2010 and 2018. The Highland Park 50 years old 2020 Batch has been taken from nine re-fill casks that were filled in 1968. These casks were then combined in 2008 and filled to first-fill ex-sherry casks.
Then in 2020 just one of the ex-sherry casks was chosen by Gordon Motion, the Master Whisky Maker at Highland Park. He introduced a small quantity of the 2018 batch to this and left it to mature for a few more months. In turn, the 2018 edition had previously had some of the 2010 batch introduced. This has resulted in just 274 bottles at the natural cask strength of 43.8% ABV.
The Highland Park 50 years old 2020 Batch is presented in a heavyweight glass decanter that is embossed with the brand's Nordic inspired design. This is housed in a handcrafted wooden casket made from walnut and is accompanied by a book that tells the journey of the whisky over five decades. It will be availabke in selected specialist and luxury retailers globally and each bottle will cost £20,000/ $27,450 US. 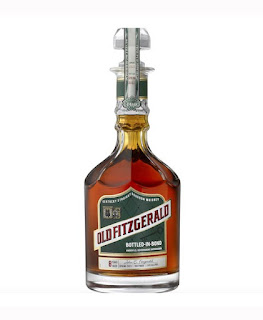 Old Fitzgerald
The Kentucky straight bourbon brand of Old Fitzgerald, which is owned by Heaven Hill, has announced the details of the Spring 2021 edition in its Bottled-In-Bond series. A new release has been added each Spring and Autumn since the series launched in 2018. The Spring 2021 Edition is bottled at 8 years old and at 50 % ABV/ 100 Proof. The term 'bottled in bond' carries strict requirements - the whiskey must be from a single distillation season at a single distillery, then aged for a minimum of four years and bottled at 100 Proof. The Old Fitzgerald Bottled-In-Bond Spring 2021 is available across the USA and will cost $85 US.

posted by Whisky For Everyone at 3:44 PM