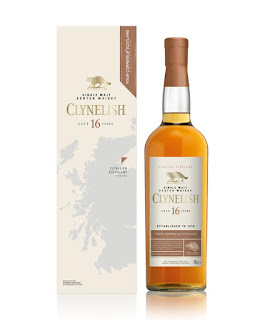 Clynelish
The north Highland distillery of Clynelish has announced the release of a special single malt to celebrate the opening of its brand new redesigned visitor centre. The Clynelish 'Four Corners of Scotland' 16 years old has been matured in American white oak ex-bourbon hogsheads and is bottled at the natural cask strength of 50.6% ABV. There are just 3,000 bottles available and they will be exclusive to the new visitor centre. Each bottle will cost £195.
The new distillery experience is the second to open as part of Diageo's 'Four Corners of Scotland' programme for their famous Johnnie Walker brand. Clynelish will be the brand's 'Highland home' and joins the already reimagined Glenkinchie distillery (Lowlands). These will also be joined by Cardhu (Speyside) and Caol Ila (Islay) in time. All four single malts feature heavily in the Johnnie Walker range of whiskies.
Glenallachie 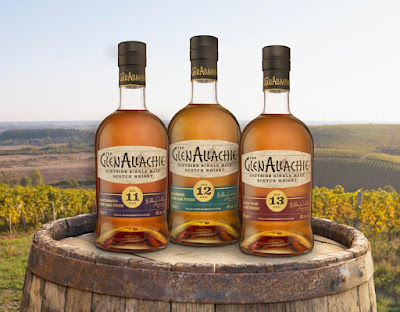 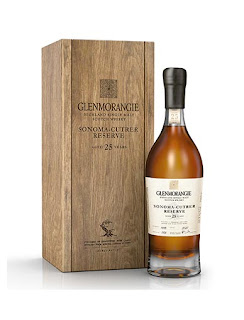 Glenmorangie
The north Highland distillery of Glenmorangie have announced a premium limited edition single malt - the Glenmorangie Sonoma-Cutrer Reserve 25 years old. The whisky, which is described as one of the brand's 'most rare and unique creations', has seen a long 15 year finishing period in ex-Chardonnay casks from California. These were sourced by Dr. Bill Lumsden, the Director of Whisky Creation at Glenmorangie, from the famous Sonoma-Cutrer winery in the Sonoma Valley region. Only 1,000 bottles are available and these are bottled at the natural cask strength of 55.7% ABV. Each bottle will cost £1,750/ $2,445 US.

"I can almost taste the sunshine ripening the Californian grapes in our richly delicious Glenmorangie Sonoma-Cutrer Reserve. Finished for 15 years in a small batch of these casks, which we have never used before at Glenmorangie, makes this single malt is an absolute one-off."
Dr. Bill Lumsden. 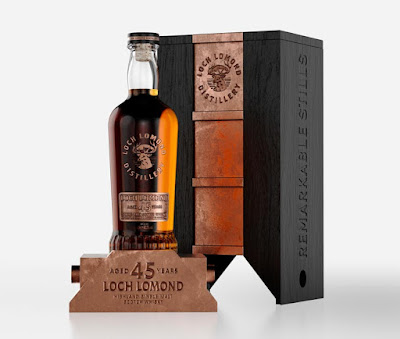 The Loch Lomond distillery have revealed the release of the Loch Lomond 45 years old, which will be the first in the three-part The Remarkable Stills Series. The series will celebrate the Highland distillery's unique straight necked still with a trilogy of rare single malt bottlings.
The Loch Lomond 45 years old was distilled in 1973 and was matured for most of its life in American oak ex-bourbon casks. It was then transferred for a one year finishing period in to a single first-fill ex-Oloroso sherry cask. There are just 200 individually numbered bottles and these are presented in a premium glass decanter complete with a copper debossed plaque. This is housed in an oak casket designed to show off the shape of the straight necked still.
The Loch Lomond 45 years old is bottled at the natural cask strength of 42.2% ABV and is both non chill-filtered and of natural colour. Each bottle will cost £3,450/ $4,790 US.
Get Social With Us
Follow us for regular whisky updates and activities throughout the week.