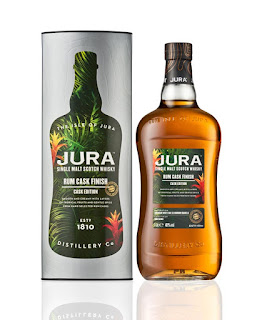 Jura
The Hebridean island distillery of Jura has announced the third bottling in its Cask Editions series - the Jura Rum Cask Finish. The whisky has been created by Gregg Glass, the Whisky Maker & Blender at brand owner Whyte & Mackay, and has seen the spirit first matured in American white oak ex-bourbon casks before being transferred to ex-Caribbean rum casks for a finishing period. It is presented with tropical themed packaging. The Jura Rum Cask Finish is bottled at 40% ABV and will initially be exclusively available in a one litre format in the UK. The price will be £45. A 70cl bottle will be released to other markets later in 2021.

"Summer is on its way and with it consumers are seeking fruity and vibrant flavours. The Jura Rum Cask Finish offers an easy-sipper that will transport tastebuds to tropical islands by way of the remote Scottish island of Jura."
Kirsteen Beeston - Head of International Malts at Whyte & Mackay. 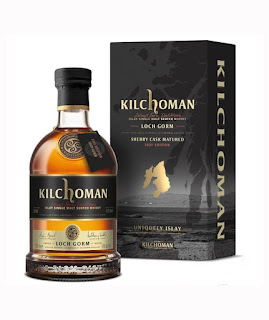 Kilchoman
The family-owned Islay distillery of Kilchoman has announced details of its annual Loch Gorm release, named after a nearby freshwater loch. The Kilchoman Loch Gorm 2021 Edition follows the same formula as previous expressions by using only whiskies matured in ex-sherry casks. For the 2021 edition 24x Oloroso sherry butts have been vatted together. These were filled with spirit in either 2011 or 2012. The whisky is bottled at 46% ABV and is both non chill-filtered and of natural colour. This has resulted in 17,000 bottles being available to worldwide markets with each costing £70/ $97 US.

"The Loch Gorm releases show how well our peated spirit can combine with sherry casks, something that is not always an easy task. This 2021 edition is packed with rich bold flavours and has a breadth, depth and balance of character."
Anthony Wills - Founder and Master Distiller at Kilchoman. 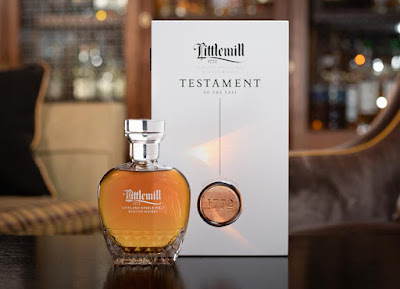 The long-closed Lowland distillery of Littlemill, which was the oldest licensed distillery in Scotland until production ceased in 1992, has released its oldest expression to date - the Littlemill Testament. The remaining stock is held and owned by The Loch Lomond Group and overseen by Michael Henry, the Master Blender for the company.
The liquid used for Testament was from a single distillation on October 4, 1976. This was recasked in to American oak ex-bourbon casks in 1996 before Henry transferred it to first-fill ex-Oloroso sherry hogsheads for a final four month finishing period. There are just 250 decanters, which were designed and hand-blown by Glencairn Crystal, of this rare whisky available worldwide. Littlemill Testament is released at 42.5% ABV and each decanter will cost £8,000/ $11,000 US.

"It has been an honour to have played my part in the development of Testament as the current custodian of the few remaining casks from the original Littlemill distillery. I am very proud of the result."
Michael Henry.

posted by Whisky For Everyone at 12:39 PM

This wass lovely to read