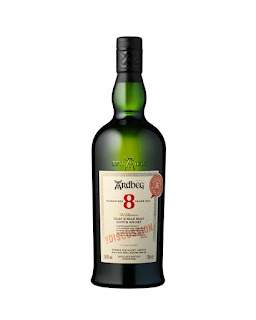 This single malt whisky is the latest limited edition from the Islay-based distillery and will be exclusive to Ardbeg Committee members. The Ardbeg 8 years old : For Discussion is designed to get Committee members talking about the whisky and how it compares to other whiskies in the Ardbeg range. It has been created by Dr. Bill Lumsden, the Director of Distilling & Whisky Creation, and has been matured in ex-sherry casks. The aim was to temper the powerful smoke of the 8 year old spirit. The Ardbeg 8 years old : For Discussion is bottled at 50.8% ABV and is both natural colour and non chill-filtered. The Ardbeg Committee has over 100,000 members worldwide.

The Ardbeg distillery is located on the southern coast of the famous whisky island of Islay and was founded in 1815 by John MacDougall, although records have distilling on the site as far back as 1794. The recent history shows numerous changes of ownership from the 1950s right through the fallow period of the 1980s and 90s, until The Glenmorangie Company (now Moet Hennessy) took over in 1997. This signalled the rebirth of Ardbeg. The distillery has an annual production of just 2.4 million litres per year and boasts an award-winning visitor centre.

Ardbeg 8 years old : For Discussion will be available only via the Ardbeg Committee area on www.ardbeg.com while stocks last. A bottle will cost £57 plus postage. The exact number of bottles has not been revealed.

The colour is pale gold, lighter than expected for a sherry cask matured whisky, and the nose is packed with peaty aromas. These are initially earthy and ashy, but then become more flinty and mineralic. Underneath are some sweeter aromas of dried fruit (especially sultana), toffee and butterscotch, plus heather honey and a twist of orange peel with hints of fennel seed and seaweed.

On the palate this whisky is punchy to begin with. Smoky and peppery notes hit first and these have an ashy charcoal-like edge to them, followed by damp earth and coal tar soap. Then comes a hint of green chilli and white pepper to accentuate everything. That flinty mineral feel from the nose is also present.

Then comes much needed sweeter characteristics - think of juicy sultanas and raisins, plus butterscotch and toffee especially. Then the heather honey note evolves and sits underneath. With time other notes begin to develop and add depth. Hints of gingerbread and oat cookies marry with a pinch of cinnamon and a hint of seaweed. Very notes of candied orange and hints of liquorice and menthol also come through.

The finish is long with peaty and biscuit-like notes lasting longest. The sweetness slowly fades - first the sugary honey and toffee, then the juicy dried fruits. This leaves a gripping maltiness and expressive peat smoke. This has a earthy and ashy edge again with a hint of fennel seed and seaweed from the nose coming back right at the end.

For Discussion is another fine offering from Ardbeg for their Committee members. It is punchy and peaty as you may expect but this is softened by the sherry cask maturation. The balance between the smoky and ashy notes and the sweet elements is lovely with each accentuating the other. The whisky is also well rounded with the high 50+% ABV well integrated.

Whether this will create the discussion amongst Committee members that the brand wants is another thing. Only time will tell. Personally we really like the whisky, but is it different enough from other Ardbeg expressions in the core range? Probably not for us. If you are lucky enough to have a bottle, then we would love to hear your thoughts in the comments section.