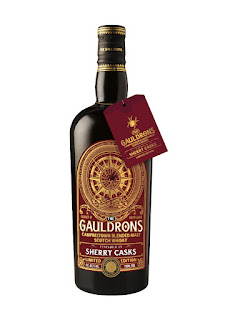 Douglas Laing
The independent bottler and blender of Douglas Laing & Co. have revealed a new limited edition of The Gauldrons, their Campbeltown blended malt brand. The Gauldrons Sherry Cask Finish features only single malts from Campbeltown and has seen the blended malt created, before a final finishing period in ex-sherry casks from Spain. The Gauldrons was an area of small coves and inlets on Campbeltown's western shoreline. There are just 2,125 bottles. The whisky is released at 46.2% ABV and is both non chill-filtered and of natural colour. It will be available from selected specialist whisky retailers in the UK from late-April. A bottle will cost £60.
Loch Lomond 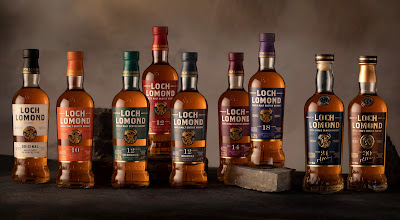 The independent and award-winning Lowland distillery of Loch Lomond has unveiled a new look for its branding and packaging. The redesign features a new bottle shape and labels with deeper, richer colouration and bolder lettering. It will feature across the entire Loch Lomond range and includes the Inchmoan and Inchmurrin bottlings, plus the limited editions released as part of the brand's sponsorship of The Open golf tournament. The transition to the new packaging will begin from late-April and will incorporate both domestic and global travel retail markets. 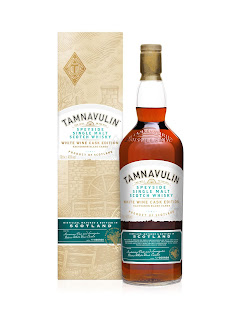 Tamnavulin
The Speyside distillery of Tamnavulin has announced a new expression to its core range - the Tamnavulin White Wine Cask Edition. It follows a series of successful ex-red wine cask expressions that have been launched over the last two years. The new whisky was initially matured in American white oak ex-bourbon barrels before being transferred for a finishing period in ex-Sauvignon Blanc wine casks. The Tamnavulin White Wine Cask Edition is bottled at 40% ABV and is available now in the UK and USA, and will be shortly available in selected European markets. A bottle will cost £32/ $42 US/ €38.
Get Social With Us
Follow us for regular whisky updates and activities throughout the week.

posted by Whisky For Everyone at 11:28 AM