Within Inbox we aim to write a few lines detailing each press release/piece of news/PR event that we have received and provide links, where possible, for you to find out further information.  We hope that you all have a fun Burns Night and without further ado, here we go with this week's news ... 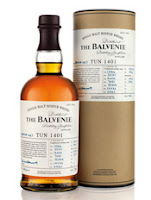 Balvenie - Tun 1401 Batch #7 announced
The famous Speyside distillery have announced that the next release (Batch #7) in their excellent Tun 1401 series will be exclusive to the travel retail sector. As with the previous batches, the whisky is a combination of casks from the 1960s, 1970s, 1980s and early 1990s, all of which have been hand selected and crafted by Balvenie's Malt Master David Stewart.

“I always look forward to selecting the different casks of aged Balvenie whisky that we marry in Tun 1401 and Batch #7 was no exception,” says David.  “This new batch is quite different as it contains more whisky matured in traditional American ex-Bourbon barrels, so it contains more soft vanilla notes.”


Just eleven casks have been selected for Batch #7 - nine ex-bourbon American oak and two ex-sherry European oak - which have been married together for several months in the now legendary Tun 1401 at the distillery.  It has been bottled at 49.2% ABV and will be available globally from early march.  A bottle will cost £175.

Boxes Blend
The Boxes Blend is a new whisky which has been put together by the creative forces at online retailer Master of Malt.  They have worked in conjunction with Joel Harrison of the CaskStrength whisky blog and the former bassist in the band Athlete and general whisky lover, Carey Willets.

This new blended whisky is named after Boxes, the new solo project of Willets which has seen two EPs released to date.  It has been bottled at 40.9% ABV and is only available through Master of Malt - a 70cl bottle is priced at £54.95 with the 3cl Drinks by the Dram sample bottle priced at £4.33.


Dalmore - Michelin man's bespoke whisky
The north Highland distillery of dalmore have teamed up with Michelin-starred chef Daniel Boulud to create a bespoke single malt that will be sold in Boulud's restaurants.  Boulud worked alongside the Dalmore's Master Blender Richard Paterson to create the final whisky, which is a combination of whiskies matured in ex-Moscatel, Madeira and Port casks.

The whisky has been named Dalmore - Selected by Daniel Boulud and is bottled at 44% ABV.  It will be initially on sale in Boulud's New York restaurants from April, with a glass expected to cost $50-60.  Below is a short video of Boulud and Paterson 'creating' the whisky. 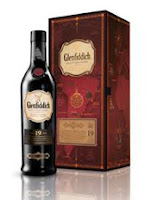 Glenfiddich - Range evolves
The famous Glenfiddich distillery in Speyside has announced the third release in its Age of Discovery series.  The new whisky has been matured in a selection of ex-South American red wine casks and it is named the Darwin Edition, after the famous naturalist Charles Darwin who formed much of his theories of evolution while in South America.

The casks used include ex-Malbec, Merlot and Cabernet Sauvignon barrels and follows the two previous editions which were matured in ex-Madeira and ex-bourbon casks. The Age of Discovery - Darwin Edition carries a 19 years old age statement like the previous editions and is bottled at 40% ABV.  It is to be a travel retail exclusive, which will be available globally shortly at a price of £75 a bottle.

Penderyn - Major expansion planned
The only Welsh distillery, which is located on the edge of the Brecon Beacons National Park, have announced a major two-part expansion plan. The expansion, which totals around £1 million, is funded by Penderyn and the Welsh Government and is aimed at increasing capacity and developing new markets.

The plan is in two stages.  Stage one will see a new single pot still, which is an exact copy of the innovative Faraday still currently in operation there, installed and ready by August this year.  A second two-pot still unit will also be installed and ready to go by January 2014.  Everything will be installed on the current site and the distillery, visitor centre and shop will remain open during the works.

Stephen Davies, Managing Director of Penderyn, comments "Annual sales of our whisky have been steadily climbing since its launch and we are producing as much as we can with our existing still, so the expansion is necessary. The increase in productivity will enable us to meet the increasing demand in the UK, France and Germany, as well as distributing Penderyn more extensively throughout Europe, North America and Asia. In addition, the new still arrangement will enable the distillery to experiment with new and creative styles and expressions of single malt."

posted by Whisky For Everyone at 8:26 PM