Inbox has taken a short break over the festive period and we would like to take this opportunity to say that we hope you all had a fun and restful time and wish you a happy new year.

Within Inbox we aim to write a few lines detailing each press release/piece of news/PR event that we have received and provide links, where possible, for you to find out further information.  As the whisky world and PR departments slowly wake up from their festive period hibernation, there are still a couple of pieces of news that have attracted our attention this week ... 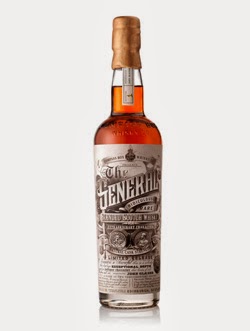 Compass Box - Salute 'The General'
The boutique blending company of Compass Box have officially launched their latest limited edition blend.  The General is a very special bottling and was launched to a select group of retailers pre-Xmas, but now gets a full roll out.  The whisky is made from casks selected from two sets of blended whiskies that were purchased by Compass Box.  The provenance of both whiskies have not been revealed, but one is said to be 'over 30 years of age'.

One set was matured in ex-bourbon casks and the other was in ex-sherry casks.  The General is the result of blending the two.  Essentially, it is a blend of two blends.  It is bottled at the natural strength of 53.4% ABV and there are just 1,698 individually numbered bottles, which were only filled in November.  It is non chill-filtered and natural colour.  The price should be around the £185 mark.

John Glaser, the founder of Compass Box, states: "As blenders, each represented distinct and complementary flavour profiles. And this is where things got interesting for us. Each was compelling in its own right, however we had the feeling that by combining them in the right proportions, we could make something even more interesting. We experimented for many weeks, blending the two together at different proportions before landing on the recipe in this bottle."

English Whisky Co - Competition time
The English Whisky Company are offering you the opportunity to have your artwork print on a special limited edition bottling.  The artwork will adorn a new release of Chapter 13, which will be released to coincide with St. George's Day on April 23.  In addition to seeing your design on the label, there a cash prize of £500 for the winning design.  For more info - visit www.englishwhisky.co.uk.

Your entries need to be sent by email to info@englishwhisky.co.uk or by post to the distillery: St.George’s Distillery, Harling Road, Roudham, Norfolk, NR16 2QW by 1st February 2014. 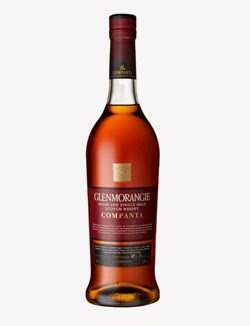 Glenmorangie - A friendly new release
The famous north Highland distillery have announced the fifth bottling in their highly acclaimed Private Edition series.  The whiskies in this series are released around this time annually and this year's is named Companta.  This follows on from the Sonnalta, Finealta, Artein and Ealanta expressions.  The name Companta translates as 'friendship' from Scots Gaelic and like the previous editions has undergone some experimental maturation.

The Companta has been matured in two different types of wine casks - some from the Grand Cru vineyard of Clos de Tart and some from the Côtes du Rhône region that have previously held sweet fortified wine.  It has been bottled at 46% ABV and is non chill-filtered.  Companta will be available in specialist whisky retailers shortly and will have a recommended retail price of £69.99.

Dr Bill Lumsden, the Head of Whisky Creation at Glenmorangie, states: “To complement the bold, spicy character imparted from the Grand Cru casks, I selected a parcel of Glenmorangie which had been maturing in casks having previously contained a lusciously sweet fortified wine from Côtes du Rhône. It took some time, but with careful fine-tuning we reached a harmonious assemblage which proved the perfect balance; neither too bold nor too tame!” 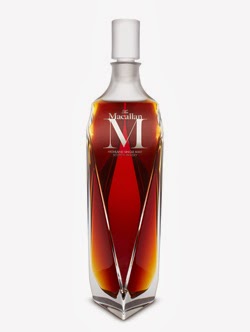 Macallan - M to be auctioned
The popular Speyside distillery of Macallan are to auction a six litre decanter of M, their recently released premium single malt.  The M is a whisky that combines three master craftsmen in one bottle - Fabien Baron, Founder and Creative Director of Baron & Baron, Silvio Denz, President and CEO of Lalique and Bob Dalgarno, Whisky Maker at Macallan.  When launched back in the Autumn they also created four six litre decanters of M, one of which is now to be auctioned.

The auction will take place at Sotherby's Hong Kong on Saturday January 18.  The six litre crystal decanters were specially crafted by Lalique and are the largest that they have ever produced.  Each was worked on by 17 skilled craftsmen and took a total of 50 hours to complete.  Each decanter weighs 11.3kgs and stands 700mm tall.  Once filled with the M, it weighs 16.8kgs. All proceeds from the auction will go to local charities in Hong Kong.

posted by Whisky For Everyone at 7:38 PM