Within Inbox we aim to write a few lines detailing each press release/piece of news/PR event that we have received and provide links, where possible, for you to find out further information.  As the whisky world and PR departments slowly wake up from their festive period hibernation, there are still a couple of pieces of news that have attracted our attention this week ... 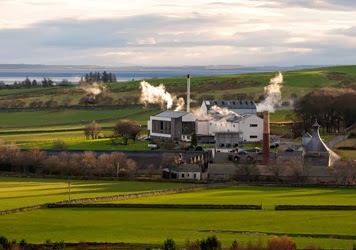 Diageo have announced a planned expansion of their Clynelish single malt distillery.  Clynelish, which is located near the north Highland coastal village of Brora and is the company's most northerly distillery, will have £30 million invested in it.  This will see its annual production capacity doubled to nine million litres once completed and the work includes the installation of a new mashtun, 10 new washbacks and six new stills.  A bio-energy plant is also planned for the site and this will supply a non-fossil fuel solution for the new distillery.

Keith Miller, Diageo Director of Distillation and Maturation, said: “The plan is another major milestone in Diageo’s £1billion investment. Clynelish is a very special distillery, producing spirit which is highly prized for its quality and character and is an important part of our Scotch whisky blending inventory, so this is an important part of our investment programme.” 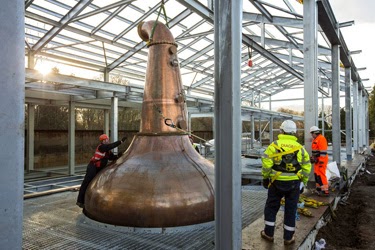 Further Diageo expansion news comes in the form of new stills being delivered and installed at Glen Ord distillery in the north Highlands.  This activity is part of a £25 million project at Glen Ord, which will see its production capacity doubled to 10 million litres per year.  There are six new stills in total, plus 10 new washbacks which will be housed within existing buildings.  This, plus the expansions at Clynelish and Teaninich, will see Diageo investing over £150 million in their Highland distilleries.

By far the biggest news of the week, and most other recent weeks, was that about Suntory taking over Beam Inc.  The Japanese company has agreed a $16 billion deal for the American drinks group, who own the famous Jim Beam distillery in Kentucky, USA and the Scotch whisky distilleries of Ardmore and Laphroaig.  They also own the bourbons Knob Creek and Maker's Mark, the Scotch blend of Teacher's, Courvoisier Cognac, Sauza tequila and Harvey's Bristol Cream sherry, amongst other brands.  These brands generate combined annual sales of £2.51 billion.

Suntory chairman Nobutada Saji said: "The acquisition of Beam Inc will make the enlarged group the world's third largest maker of premium spirits, with combined sales of $4.3bn. With particular strength in Bourbon, Scotch, Canadian, Irish and Japanese whisky, the combined company will have unparalleled expertise and portfolio breadth in premium whisky, which is driving the fastest growth in Western spirits."

posted by Whisky For Everyone at 7:18 PM