Within Inbox we aim to write a few lines detailing each press release/piece of news/PR event that we have received and provide links, where possible, for you to find out further information.  There is quite a bit to get through this week, so let's get on with it ...

Balvenie - Let's get appy
The Balvenie have launched a new whisky app which champions both its award-winning single malts and the wider whisky world.  The app has features to engage whisky fans and enthusiasts including a news feed featuring some of the world's leading whisky blogs (including us), a wish list to rate whiskies that you've tried, a whisky shelf to read tasting notes about all manner of malts and blends, plus a large section on the Balvenie range.

The Balvenie Whisky Feed can be downloaded for free from the iTunes AppStore or Google Play Store.

The Balvenie Brand Manager Jonny Cornthwaite says, “The app provides new ways of continuing the conversation with our loyal fan base, with the same level of authenticity that the brand is renowned for. To do that, we felt it was important to present The Balvenie in the context of the wider category and not in an insular fashion.”

Bowmore - New Travel Retail range
The popular Islay distillery of Bowmore have announced a new range of single malts that are to be exclusive to the travel retail sector.  The three whiskies are named Black Rock, White Sands and Gold Reef and pay homage to the previous Bowmore Black, White and Gold bottlings, which are now amongst the most collectable old whiskies available.  They have been created from casks selected by Bowmore's Master Distiller Eddie MacAffer. 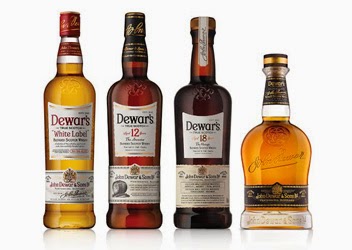 The popular award-winning blended Scotch whisky of Dewar's have announced a new identity and bottle design for the brand.  The 'evolution' will be supported by a global multimedia campaign drawing on the heritage of Dewar's, which first appeared in 1846.  This campaign will be entitled 'True Scotch since 1846'.

The new bottle design features a bespoke typeface created for the label, information on a lower label for the consumer and a Celtic truth knot embossed in to the glass on the shoulder.  The new visual identity will launch shortly in Greece, Spain and the UK, before being rolled out in other markets such as Russia, Travel Retail and the USA.  For more information about the brand and the 'True Scotch sine 1846' campaign, please visit www.dewars.com. 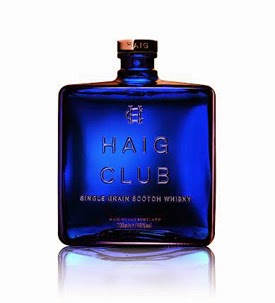 Haig Club - Blend it like Beckham*
Diageo, the owners of the Haig Scotch brand, have announced what is probably the biggest ever celebrity collaboration in whisky history.  They are to release a single grain whisky named Haig Club in the Summer, which has been developed with global icon and former footballer David Beckham.  Also involved is entrepreneur Simon Fuller.  Beckham will feature heavily in the promotion of the whisky and also in a responsible drinking programme that will be linked to the brand.

The grain whisky is from the Cameronbridge distillery in Fife, which was founded by John Haig in 1824 and was the first grain distillery to use a column still for distillation.  He also founded the House of Haig, now owned by Diageo, which produces the Haig Blend and Dimple brands.  Haig Club will be launched later this year in the Summer and few other details are available, although the retail price is rumoured to be around the £45 mark.

David Gates, Diageo’s Global Head of Premium Core Spirits, commented: “Whisky is experiencing a continued global renaissance and we believe this will be the year that grain whisky breaks into the mainstream and gains the recognition it deserves. Diageo has created a sophisticated new whisky in Haig Club. David Beckham and Simon Fuller are renowned for breaking boundaries and shaking up markets in every sector in which they work. We are immensely proud to partner with them on our first large scale grain whisky innovation.” 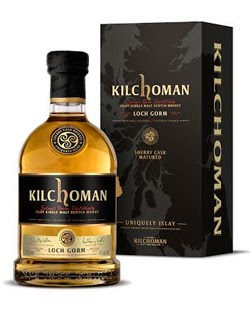 Kilchoman - Loch Gorm returns
The independent Islay distillery of Kilchoman has announced the release of the second batch of its Loch Gorm bottling.  The first batch, which was released last year, was very well received and proved popular.  It is named after a local loch close to the distillery on the north of Islay and this 2014 release has again been matured fully in ex-Oloroso sherry casks.  It has been bottled at 46% ABV and there will be 17,100 bottles avaialble shortly through specialist retailers with a recommended price of £59. 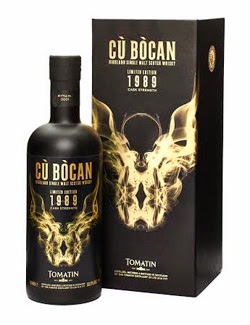 Tomatin - Rare and smoky
The Tomatin distillery have announced a limited edition single malt for their Cù Bòcan peated whisky range. The Cù Bòcan 1989 Vintage is created from just three ex-bourbon casks of spirit, which were apparently accidentally produced in the peated style back in June 1989.  As a result there are just 1,080 bottles.  It has been bottled at the natural cask strength of 53.2% ABV and will be available from specialist retailers worldwide (except the USA) shortly.  The retail price will be £199.99. 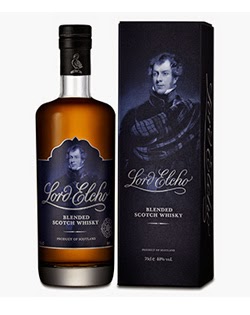 Wemyss Malts - Lord Elcho
The award-winning Lord Elcho 15 years old blend, which is produced by Wemyss Malts and was released in 2012, has been joined by a 'no age statement' version.  The brand, named after an 18th century ancestor of the Wemyss family, is made from a combination of single malt and grain whiskies from the family stock.  The new version will appear shortly in the Lord Elcho 15 years old current markets - France, Holland, Hong Kong, Sweden, Switzerland, the UAE and the UK - and will cost £25 a bottle.

* Apologies - we know that every man and his dog has used this headline to introduce the Haig Club  whisky, but it is so good and we just couldn't resist it ...

eToro is the most recommended forex trading platform for rookie and pro traders.