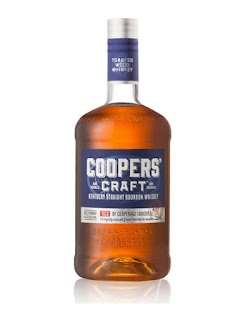 Brown Forman - Crafty new bourbon
The US spirits producer Brown-Forman has announced the launch of its first new bourbon brand for 20 years - the Cooper's Craft.  The new bourbon is described as a "celebration of barrel making" and will be available in selected US markets from this Summer.  The Cooper's Craft is matured in barrels created at Brown-Forman's own cooperage in Louisville, Kentucky which have been toasted to a certain specification for this whiskey.  Once matured, it is then passed through a specially design beech and birch charcoal filter system.

Cooper's Craft is bottled at 41% ABV (82 Proof) and will retail at US$28.99 a bottle.  It will initially be available in seven states - Alabama, Florida, Georgia, Kentucky, Louisiana, South Carolina and Tennessee.

“Coopers’ Craft is the result of decades of experience in mastering barrel-making and maturation techniques to create truly unique bourbons. Owning our cooperage is a testament to this expertise and brings to life the notion that what matters most, we do ourselves.”
Lawson Whiting - Executive Vice President at Brown-Forman Brands. 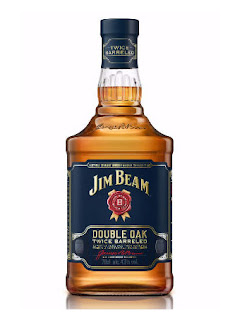 Jim Beam - Double Trouble
Beam Suntory, the owners of the famous Jim Beam bourbon brand, have announced the addition of a new bottling that will be exclusive to the travel retail sector - the Jim Beam Double Oak.  The new whiskey has been matured in newly charred American white oak barrels before being transferred to second charred oak barrels for further maturation, giving greater contact with the wood.  The Double Oak is bottled at 43% ABV and will launch in European travel retail this July.  The price will be €26.50 for a one litre bottle.

“Throughout the decades, we have always enjoyed pushing boundaries and innovating while also staying true to our family’s traditions. Jim Beam Double Oak is the latest example of this.”
Fred Noe - Master Distiller at Jim Beam. 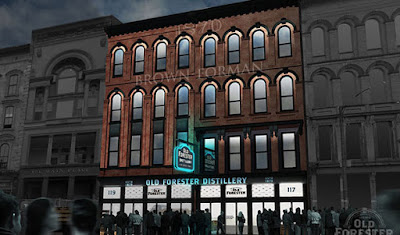 Brown-Forman have also released a number of plans and drawings for their new Old Forester distillery development on Louisville's famous Whiskey Row, while announcing that the project has been delayed.  The images show the architectural design of the distillery, plus its 'barrel-to-bottle' process and visitor centre.  The project has been delayed due to a large fire in the immediate locality of the distillery site that saw three neighbouring building badly damaged.  It is now expected to open in late 2017.

The project will now cost an estimated US$45 million following further investment.  The new distillery will see production of Old Forester bourbon double to an estimated 100,000 cases per year and the facility will include fermentation tanks (see below), stills, a cooperage and bottling hall as well as a visitor tasting room and exhibition space. 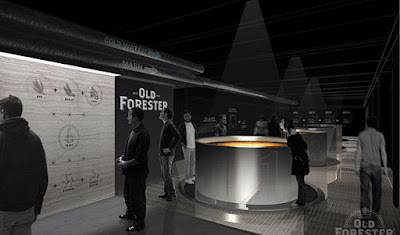 posted by Whisky For Everyone at 7:49 PM