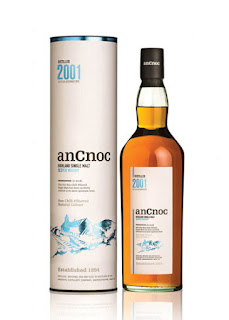 AnCnoc - 2001: A whisky odyssey
The Highland single malt brand of AnCnoc, which is distilled at the Knockdhu distillery near Huntly, has announced the latest release in its Vintage series.  The AnCnoc 2001 Vintage has been matured for 15 years in a combination of American oak and Spanish oak casks, which have been selected by Distillery Manager Gordon Bruce.  There are just 6,000 bottles and they are available now through selected specialist whisky retailers worldwide.  The 2001 Vintage is bottled at 46% ABV, is of natural colour and is non chill-filtered.  The recommended retail price is £55 a bottle.

Glenmorangie - Return of the King 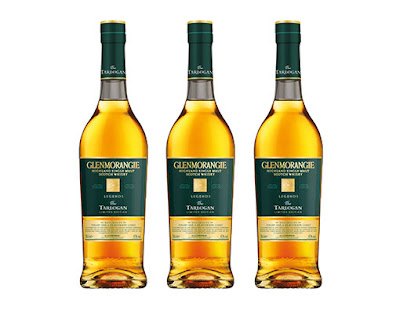 The popular Highland distillery of Glenmorangie have announced the third release in their travel retail exclusive Legends Collection range of single malts.  The Tarlogan joins the Duthac and Tayne expressions and honours the local Pictish king after which the Tarlogie Springs, the water source for Glenmorangie, is named.  It has been matured in a combination of virgin oak and ex-bourbon casks.  Tarlogan is bottled at 43% ABV and will be available in travel retail channels from mid-April.  It will also feature in World Duty Free's Whisky Experience promotion that is running in UK airports until the end of May.

posted by Whisky For Everyone at 7:19 PM