Brown Forman - Back in the Scotch game

American drinks firm Brown-Forman, owners of brands such as Jack Daniels and Woodford Reserve, have reached a 'definitive agreement' to purchase The Benriach Distillery Company.  The sale of the independent company owned by Billy Walker includes three single malt distilleries - Benriach, Glendronach and Glenglassaugh - as well as the company's headquarters and bottling plant in Edinburgh.  All will operate as a subsidiary of Brown Forman.  The aquisition is set to be completed on June 1 and is reported to be costing £285 million (US$416 million).

“The acquisition of these super premium brands will allow Brown-Forman to re-enter one of our industry’s most exciting and consistent growth segments, single malt Scotch whisky. The Benriach, Glendronach and Glenglassaugh single malt brands are rich in history and we believe they will continue to prosper and grow in our hands.”
Paul Varga - CEO at Brown-Forman. 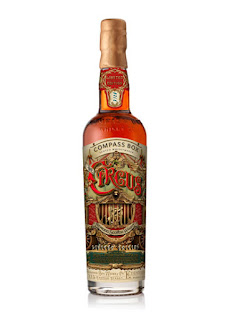 Compass Box - Two new bottlings
The artisan whisky blending company of Compass Box have announced two new limited edition releases.  The first, named The Circus, is a blended Scotch and is made from a number of different blends and blended grain whiskies that were then aged together in ex-sherry butts for several years.  There are just 2,490 bottles available (in Europe and the USA) and the whisky has been bottled at 49% ABV, is non chill-filtered and of natural colour.  The label is inspired by a Charlie Chaplin film from 1928, which is also named The Circus.  The price will be £190, US$275 or €235 a bottle. 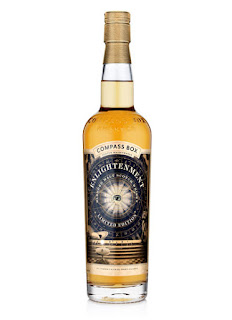 The second release is called Enlightenment and is designed to be a celebration of Compass Box's ongoing Scotch Whisky Transparency Campaign, which currently has over 7,000 people signed up to it.  The new whisky is a blended malt that consists of single malts from the Balblair, Clynelish, Glentauchers and Morthlach distilleries.  There are just 5,922 bottles of Enlightenment and they will be available from mid-May in Europe and early June in the USA.  It has been bottled at 46% ABV, is non chill-filtered and of natural colour.  The price is £60, US$85 or €79 per bottle.


posted by Whisky For Everyone at 8:26 PM