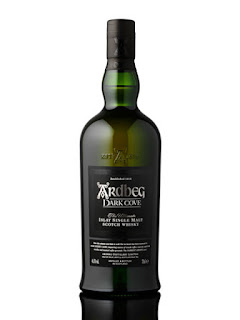 Ardbeg - Takes a Dark turn
The annual Ardbeg Day celebrations, which take part during the Feis Isle Islay Festival each year, will take a darker turn in 2016 after being renamed Ardbeg Night - this is on May 28 this year. This year's limited edition release is named Ardbeg Dark Cove and is inspired by the murky past of smugglers and illegal distillers that inhabited the area around the distillery.  A cask strength version has already been released to members of the Ardbeg Committee, which sold out within hours.

The general release of this limited edition liquid, which is bottled at a more modest 46.5% ABV, will be released on Ardbeg Day/Night and will initially be available on at the distillery on Islay and at Ardbeg Embassies across the world.  Remaining stock will then be supplied to other retailers after two weeks.  The retail price per bottle is £95.99. 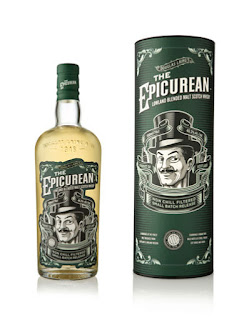 Douglas Laing - Lowlander arrives
The award-winning independent bottlers Douglas Laing & Co have announced the latest addition to their Remarkable Regional Malts collection - The Epicurean.  Named after an old style city gent, this is the Lowland malt expression for the series. It joins Big Peat from Islay, Rock Oyster from the Islands, Scallywag from Speyside and Timorous Beastie from the Highlands. The Epicurean is bottled at 46.2% ABV and is of natural colour and is non chill-filtered.  It is available in selected specialist whisky retailers and will cost £37 a bottle.

"Back in 1930s Glasgow, The Epicurean, as everyone knew him, was the life and soul of any party. Wherever he popped in for a dram, you’d find him surrounded by a circle of admirers, regaling them with captivating tales of chance encounters in foreign climes and of the fine food and drink he feasted upon his travels. Our new expression is in honour of that roguish character who never fails to deliver charm and charisma."
Fred Laing - Managing Director at Douglas Laing & Co.

Douglas Laing & Co
posted by Whisky For Everyone at 7:38 PM