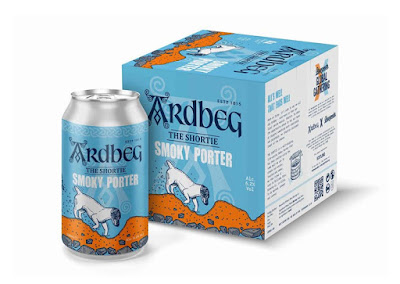 The innovative Islay distillery has announced a collaboration with water charity Brewgooder that sees the brand branch out in to the world of beer. The Shortie Smoky Porter, named after Ardbeg's beloved mascot, is the distillery's first ever beer and has been made in limited quantities to support Brewgooder's Global Gathering campaign. All profits will be donated to support clean water projects in Malawi run by Brewgooder.

The one-off beer, which is exclusive to the UK only, has been made by William Brothers Brewing Co and uses the same peated malt used for whisky production at Ardbeg. The Shortie Smoky Porter will be launched on March 20 in conjuction with the World Water Day weekend. The beer is released at 6.2% ABV and will cost £14 for a pack of four cans. It will be available from the Ardbeg distillery shop or via www.ardbeg.com and then via UK Ardbeg Embassies and other selected retailers from March 24. 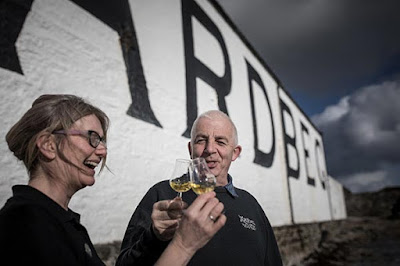 In other Ardbeg news, Mickey Heads has announced his retirement from the role of Distillery Manager. Heads has held the role since 2007 and during his 13 year tenure has helped grow the brand to its current level, including landing the coverted prizes of Distillery and Whisky of the Year. He will remain as Chairman of The Ardbeg Committee and continue working until a replacement as Distillery Manager is found.

"Being at the helm of Ardbeg for 13 years has been a great privilege. Being part of the team is fantastic. I’ve always seen myself as a custodian carrying Ardbeg's histories and traditions forward for the next generation. So, you just do it as well as you can, and with as much passion as you can."
Mickey Heads. 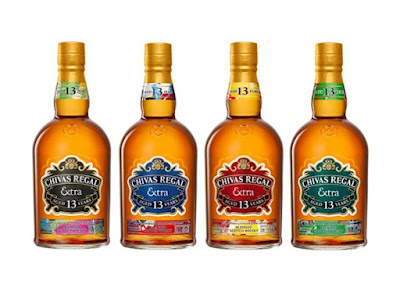 The popular blended Scotch brand of Chivas Regal have announced four new whiskies under its Extra banner. The Chivas Extra 13 Collection all have 'extra flavour' given to them in the form of four different types of casks used to part-mature the blend. These casks are ex-American rye whiskey, ex-Oloroso sherry, ex-rum and ex-tequila.

The range is inspired by James and John Chivas, the founders of the brand, who imported rare spirits and foods to their grocery story in Aberdeen in the 1800s and has been created by Sandy Hyslop, the Director of Blending for Chivas Regal. Each bottle and packaging feature specially designed artwork by street artist Greg Gossel. All are bottled at 40% ABV and are available now, with the exception of the ex-American rye cask which will be available from June and the ex-rum from July. The ex-rum will be exclusive to travel retail.

"The Chivas Extra 13 Collection represents new territory for us as we continue to open up the world of Scotch whisky to new audiences and fresh experiences. This new collection blends exceptional Scotch with a diverse, internationally-inspired palette of flavours."
Sandy Hyslop.

posted by Whisky For Everyone at 10:26 AM