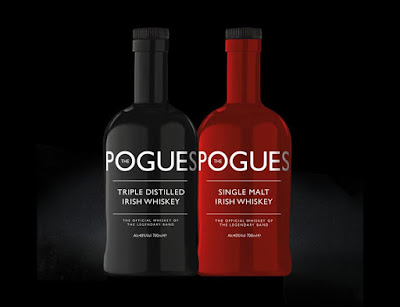 These two whiskeys for the core range of 'the official whiskey of the legendary band'. The band in question being The Pogues, who brought Irish folk punk music to an international audience with a string of hits in the 1980s and 1990s. The whiskeys are a direct collaboration between band members from The Pogues and renowned whiskey maker Frank McHardy.

The Pogues Triple Distilled is a traditional Irish blend and was the first to appear around five years ago. The Pogues Single Malt is a much more recent addition, launching in mid-2019, and has been matured in ex-bourbon casks.

The Pogues brand is owned by Halewood International and both whiskeys are produced in small batches by West Cork Distillers. The pair are bottled at 40% ABV and are available in specialist whisky stores and leading online retailers. Both bottles should cost around the £22-25 mark, dependent on the retailer. 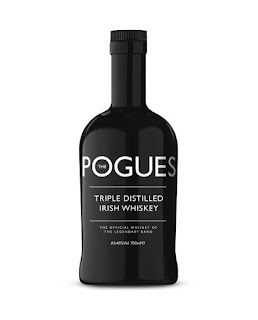 The Pogues Triple Distilled
The colour is pale gold and the nose is filled with aromas of vanilla, cereals, fresh green apples, dried grass and old pot pourri. Underneath are further aromas of toffee, fudge and a pinch of toasted oak spice and almond.

On the palate this whiskey is light, fresh and vibrant with a hint of initial lemon zest. Then comes a wave of green apple, which is aided by a decent dose of toffee and vanilla. The cereals from the nose add structure and grip. These notes are backed up by cinnamon and white pepper spice, cocoa powder and a hint of apricot jam. The finish is sweet and of decent length, before turning a touch warmer and drier with the cinnamon and bittersweet cereals leading the way. 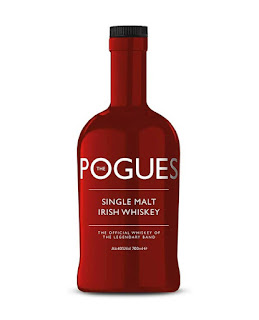 The Pogues Single Malt
The colour is a pale lemon yellow and the nose has an intriguing and unusual set of aromas - think of dried red apple, sesame seeds, linseed, porridge oats, white chocolate and a whiff of porcini mushroom.

On the palate this whiskey has an immediate hit of milk chocolate and toasted nuts (think of peanuts and salted pecans in particular). Then comes robust malt that is reminiscent of bedtime malt drinks such as Horlicks and Ovaltine. Underneath are further notes of vanilla and dried apple with hints of fresh yeast, toasted oak and cinnamon. The finish is of decent length and has a bittersweet edge to it. The malty, oaky and nutty elements especially coming to the fore.


What's the verdict?
Both of The Pogues whiskeys are interesting but in different ways. The Triple Distilled blend is fabulous in terms of quality and value for money, and is traditionally Irish in style. The Single Malt is a bit more unorthadox with some quirky and unexpected characteristics. Both seem to be designed to be mixed rather than sampled neat and their aroma and flavour profiles suggest this. That said, both (especially the Triple Distilled blend) would work well over ice.