Auchentoshan - Switch is on again

The Lowland single malt Scotch brand of Auchentoshan have announced the launch of a second Switch event - a bartender talent contest/search that takes place on both sides of the Atlantic.   This time contestants from the Germany, Sweden and the UK will challenge each other on one side, with bartenders from Canada and the USA on the other side.  The overall winner from each side will then switch to work in a selected bar on the opposite side of the Atlantic

How does it work?  Bartenders are being asked to create a cocktail based on the Auchentoshan Three Wood and then post the recipe and an image of their creation on www.auchentoshan.com/switch.  Entries can be made until 12 July 2013.  Successful candidates will then be asked to regional heats and then ultimately the grand final, which will be held in October at the competition's 'host' bars - The Nightjar in London and The Dead Rabbit in New York.

The winners of the inaugural Auchentoshan Switch in 2011 were Charles Joly from Chicago and Martin Ball from Manchester. In 2012, Joly ‘switched’ to UK host bar 69 Colebrooke Row in London and Ball ‘switched’ to US host bar Apotheke in New York City. 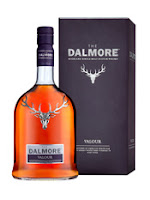 Dalmore -Brave new release
The north Highland distillery of Dalmore has launched a new expression for sale exclusively in the travel retail market - Dalmore Valour.  The new single malt is initially matured in two types of first fill ex-bourbon casks and 30 year old ex-Matusalem oloroso sherry butts. The spirit is then added to ex-Port Pipes. The whisky has been launched with a high profile display in Qatar Airport Duty Free and will be appearing in travel retail outlets around the globe during 2013. Dalmore Valour is priced at £50 (€55 or $72).

Francesco Scaglione, the Director of Travel Retail for Whyte & Mackay (Dalmore's owners) comments, "The Dalmore brand has had a stellar year in travel retail and we are proud to say that it is now the fastest growing malt in the channel. This year, we will build on that momentum and continue to work closely with our partners to create innovative products and displays – the first of which is our new Dalmore Valour exclusive."

Highland Park - Loki arrives
The award-winning Highland Park distillery from the Orkney islands has announced the release of the second single malt of four in its Valhalla Collection - the Highland Park Loki.  Taking its name from the troublesome and mischievous Norse god Loki, who is the brother to Thor (which last year's first bottling was named after) and was known for his devious nature.  This whisky is designed to reflect that character and is housed in the same extravagant wooden packaging as Thor, which represents the head of a Viking long ship.

Highland Park Loki is bottled at 15 years of age and at an alcoholic strength of 48.7% ABV.  It has been matured predominantly in ex-Spanish oak sherry casks, but also in casks which have previously held heavily peated whisky.  The result is a smokier and more robust expression of Highland Park.  It is shortly to be available specialist whisky retailers, the Highland Park distillery shop and www.highlandpark.co.uk.  A bottle should cost £130. 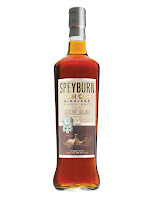 Speyburn - Clan Cask released
Some months ago we reported on and sampled a vintage limited edition release from the Speyburn distillery - the Speyburn 1975 Clan Cask.  This was exciting as the release was still in the pipeline.  It has now been bottled and is available to buy.  However, there is one condition - you must be a member of the Clan Speyburn, a private members club which you can join for free via the Speyburn website.  This offers you news, competitions and exclusive offers such as this one.  To read our review - click here.

The Clan Cask was distilled in 1975 and is one of the oldest expressions of Speyburn ever released. The whisky is from a single specially selected ex-Pedro Ximinez sherry cask. It is bottled at the natural cask strength of 55.8% ABV and is available exclusively to members of the Clan Speyburn - existing members can purchase it via a special link which has already been sent out, while new members will receive this link shortly after signing up.  A bottle will cost £230. 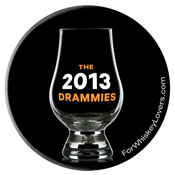 Also, don't forget that you only have until later tonight to vote for your favourite nominations (including us ... hint, hint!) in the Drammie Awards 2013, which is operated by the For Whisky Lovers site.  The winners for each of the 16 categories will be announced on 1 April.  You can place your votes by clicking here.