Within Inbox we aim to write a few lines detailing each press release/piece of news/PR event that we have received and provide links, where possible, for you to find out further information.  This week's edition is a special bumper Easter one, as we missed out last Friday - this was due to us hosting Whisky For Everyone's 5th birthday party last week (more to follow on that shortly ...), then going to Whisky Live in London and then being busy at work.  Anyway, here we go with what has caught our attention in the last couple of weeks ...

Arran - Sweet Sixteen
The independently owned distillery from the isle of Arran has announced the release of its oldest ever single malt - the Arran 16 years old.  It is easy to forget that Arran was only founded in 1995 as they have quickly established themselves with high quality and award winning whiskies.  The 16 years old is the first in a trilogy of planned releases which will end with an 18 years old expression being released in Spring 2015.  The middle bottling (a 17 years old) will be released next Spring.

The Arran 16 years old is made from unpeated malted barley and has been matured in a combination of ex-bourbon and ex-sherry casks.  It has been bottled at 46% ABV, is non chill filtered and of natural colour.  There are just 9,000 bottles and these will be available in selected worldwide markets.  The recommended retail price is £59.99.

Bowmore - Tempest is coming
The iconic Islay distillery of Bowmore, which is the oldest on the famous whisky island, has announced the launch of the latest batch in its superb Tempest series.  The series consists of small batch and cask strength single malts. Batch No.4 is to be released worldwide in early May and follows on from the previous three bottlings which have raked in the awards.  This batch has been bottled at 55.1% ABV and there will be approximately 12,000 bottles available. The retail price is £49.99. 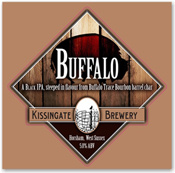 Buffalo Black IPA
An interesting little snippet that we saw the other day was about a new beer that has hit the market.  Hi-Spirits, the UK distributor for the Buffalo Trace bourbon range, have teamed up with the Kissingate Brewery to produce a beer with a unique influence of bourbon - Buffalo Black IPA.

The dark beer has been created and has had barrel char from ex-Buffalo Trace casks added during the fermentation stage, with the idea being that the hoppy, fruity and floral flavours of the IPA combine with the vanilla, citrus and spice notes from the bourbon barrels.  Sounds intriguing - we are going to have to find some ... 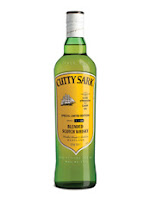 CaskStrength - C is for Cutty Sark
Our friends over at the CaskStrength whisky blog, Joel Harrison and Neil Ridley, have launched the third in their A-Z of Whiskies series and revealed that the letter C is for Cutty Sark.  This follows on from the two previous bottlings from the Arran and Benriach distilleries.  The pair somehow persuaded the popular brand to help them blend and bottle a special cask strength expression.  They worked alongside Cutty's Master Blender, Kirsteen Campbell.

The bottling also celebrates the 90th anniversary of the Cutty Sark brand, which started life back in March 1923.  It has a specially adapted label on the bottle and is bottled at a strength of 51.4% ABV.  There are just 500 bottles available and these are being sold exclusively through online retailer Master of Malt for £34.95 each.  The first 100 bottles will also come with a free Cutty Sark yellow commemorative tote bag.  If it is anything like 'A' and 'B', then it will sell out quickly - click here to buy.

Dewar's - Honey, I've got a new product range
The Dewar's Scotch brand have announced a new product designed for the American market, where its blended whiskies have strong sales.  The Highlander Honey is essentially the highly regarded Dewar's White Label that has been infused with honey from local bees in the Scottish Highlands.  It is one of the first Scotches to launch such a product and follows a number of American whisky brands who have done the same.

This is the first product in the new Highlander range, which will see the blend infused with other natural flavours.  The Dewar's Highlander Honey will be initially only available across the USA in specialist liquor stores from early April and will retail at $23.99 a bottle.  Further information can be found at www.dewars.com. 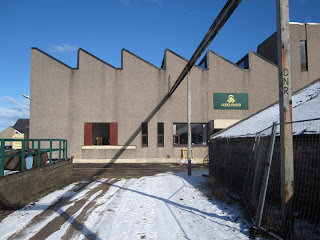 The east Highland distillery of Glenglassaugh, which we visited very recently, has been purchased by the Benriach Distillery Company for an undisclosed sum.  It will be the third distillery in their portfolio, sitting alongside Benriach and Glendronach, and was previously owned by the Dutch based Lumiere Holdings. The distillery was only reopened in 2008 after a lengthy closure, and has established itself in the marketplace with a combination of new products and older bottlings from inherited stock.  It will be interesting to see what Benriach Distillery Co's plans are for the distillery and brand ...

Billy Walker, joint owner of the Benriach Distillery Group, says "We’re delighted to buy Glenglassaugh - it’s an excellent complementary fit with our existing BenRiach and GlenDronach brands. Part of its attraction is that it isn’t too large for our portfolio but its potential certainly is. It’s our intention to bring this iconic distillery fully back to life by giving it the investment, commitment and care it deserves. I believe our whisky expertise, proven brand-building ability and strong routes to market will help take Glenglassaugh to the next level."

Tomatin - A lasting Legacy?
The Highland distillery of Tomatin have announced the latest addition to their permanent range of the single malts - the Tomatin Legacy.  The whisky has been matured in a combination of ex-bourbon and virgin oak casks and will initially be available in Europe, before spreading across to other markets. It is named to pay homage to the dedicated craftsmen that make the whisky at the distillery and is bottled at 43% ABV.  It carries a recommended retail price of just £25.99.  Further information can be found at www.tomatin.com. 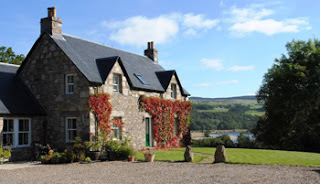 The whisky writer Ian Buxton is selling his house.  Possibly not the most interesting or noteworthy news, we hear you say?  However, what is interesting is that adjacent to the house, and part of the sale, are the old buildings of Tomdachoille distillery. With the current trend of opening or restarting small whisky distilleries, it is thought that the property and location are perfect for such a venture by a budding distiller.

The house and distillery buildings are located close to the Perthshire town of Aberfeldy.  The Tomdachoille distillery was founded in 1816 by Charles Duff and operated until 1878, when the Duff family moved their operations up to the Speyside area by opening Glenlossie and Longmorn.  The buildings have more recently been used as a dairy.  The sale is being overseen by estate agents Rettie & Co - more information can by found on www.rettie.co.uk.

posted by Whisky For Everyone at 10:43 PM

Do the Scotch Whisky Regulations consider Highlander Honey a Scotch whisky or "Scotch"? I don't believe so, since there are added ingredients aside from water and caramel colouring.

This is a good point - it will not be allowed to be called Scotch, but more likely a Scotch whisky liqueur. Similar labeling is used on similar products such as Drambuie and Bruadar ...