Paul John is the newest addition to the Indian whisky scene. It is produced by John Distilleries, who produce the popular Original Choice blended whisky.  This is one of India's biggest whisky brands and the seventh best selling whisky by volume in the world, with annual sales of over 60 million bottles. The company decided to branch out in to the premium single malt whisky sector and Paul John is the result. After a couple of single cask releases, which caught the attention of commentators and writers including Jim Murray, the Brilliance and Edited are their first two core range products.

The company of John Distilleries is based in Bangalore, but the single malt distillery is located in Goa in southern India. The company was founded in 1992 and they have been distilling single malt whisky since 2008. The spirit produced for Paul John single malt is been made using 100% Indian barley and is distilled twice in traditional copper pot stills. The whisky matures very quickly in the casks due to the high temperatures and has an evaporation rate of approximately 10% per year.

The Brilliance and Edited are both around the four/five year old mark and are bottled at 46% ABV.  The Brilliance is made from unpeated Indian malted barley and matured in American oak ex-bourbon casks. The Edited is made from a combination of unpeated and peated Indian malted barley, and is again matured in American oak ex-bourbon casks.  Both are exclusive to The Whisky Exchange, priced at £38.49 for the Brilliance and £42.49 for the Edited.  Further information can also be found at www.pauljohnwhisky.com. 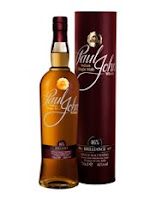 Our tasting notes - Brilliance
The colour is golden yellow and the nose has two distinctive aromas – slightly burnt malted cereals and fresh green apple. These are never far away and are backed up by a lovely mix of other aromas including vanilla, honeycomb, sawdust, dried grass, cinnamon and ginger.

On the palate, it is again the malty cereals that are at the fore. There is a pleasant sweetness, which is driven by notes of honey, vanilla, fudge and icing sugar. As time goes on, some drier and spicier characteristics become more prominent – think of fresh sawdust, baking all spice, cinnamon bark and an earthy hint of ginger root. It is quite simple but very enjoyable to drink.  The finish is again quite malty and this is joined by the warming woody spices from the palate, plus the dried grassiness from the nose. A late hit of honey finishes things off and lingers. 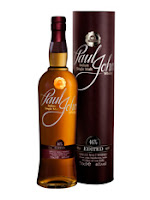 Our tasting notes - Edited
The colour is golden yellow and the nose has an interesting mix or aromas including malted barley, burnt caramel and a distinct whiff of surgical bandages. Underneath these are notes of vanilla, custard powder, dried apple and something earthy and warm, which is reminiscent of ginger or ginseng.

On the palate, this feels a little sharp but it softens well with time and reveals a nice candied lemon note. The slightly acrid peat smoke is evident and lingers. It has a savoury barbeque smoke edge to it. With time some sweetness comes through to add balance and there are some pleasant notes of honey, vanilla, butterscotch and toffee. The final piece of the jigsaw is a pinch of baking spice and a hint of cloves. The finish sees the smokiness lingering longest to a slightly antiseptic-like finale.  This seems to sit slightly awkwardly with the sugary toffee-like sweetness that is also predominant.

What's the verdict?
These are two interesting whiskies and we preferred both to the previous single cask that we had tried.  The Brilliance in particular is very good and easy drinking with some lovely characteristics mixing together well.  The Edited is also good and is clearly designed to attract the smoky whisky fans.

Neither are particularly complex but they do offer good value for money at an accessible price point.  Paul John is showing plenty of promise and we look forward to seeing what they do with future releases.  If you fancy trying a good Indian whisky, then give it a go ...