This week is a little different, as Inbox is split in to two parts - the first part appeared on Friday.  This is due to Matt and Karen having been away to Australia and returning to a large amount of emails about all manner of whisky related things.  Here is the second part of what they discovered ... 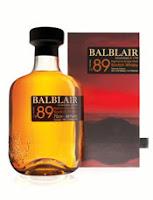 Balblair - New batch released
The northern Highland distillery of Balblair has won many plaudits for its 1989 Vintage, and it has now released the eagerly awaited third batch of this popular release.  In line with the recent policy change by the brand's owners Inver House Distillers, the Batch 3 is released in the new streamlined packaging, is non chillfiltered and bottled at 46% ABV.

The Balblair 1989 Vintage Batch 3 can be found in specialist whisky retailers now with a recommended retail price of £60.  It is to be available in numerous countries, with key focus on the French, Russian and UK markets. Distillery Manager of Balblair John MacDonald says, “The second release of the 1989 Vintage was many people’s favourite Balblair. I believe this variant – at a higher strength, uncoloured and non-chill-filtered – is even better.”

The whisky has been created by the Ballantine's Master Blender Sandy Hyslop, with the help of Lee Westwood who won the tournament in 2011.  They have put together a blend which uses some extremely rare whiskies, the youngest of which is 41 years old.  As a consequence, there are only 10 bottles available and most have already found a home.

Famous Grouse - 10 years on
The pioneering whisky visitor experience that is The Famous Grouse Experience is celebrating its 10th anniversary this year.  In the decade since opening, the Experience has been visited by almost one million whisky fans.

It is located at Glenturret, which is currently the oldest distillery in operation in Scotland, and holds a prestigious 5* tourist attraction rating from VisitScotland.  To celebrate the anniversary, a number of special events are planned.  The first of these is a new tour named the Celebration Tour - this is priced at £14.95 per person and includes a tasting of five whiskies from the Famous Grouse family at the end.  For more information, visit their website - click here. 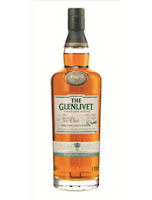 Glenlivet - Rare casks released
The Glenlivet, which is the second biggest selling single malt Scotch whisky in the world, has announced the release of a series of rare expressions in its Single Cask Editions range.  Each bottling is released at its natural cask strength.  Two of the whiskies - the Helios which is a 20 year old and the Josie, named after Josie's Well which is the water source for Glenlivet - are available globally.

Another bottling is the Guardians (pictured, above), which has just 631 bottles and is available exclusively to members of the Glenlivet Guardians club.  This has been matured in a second-fill ex-sherry cask and was hand selected by a group of Guardians at an event in London late last year (- Karen was there!).  Others include the Inveravon, which is exclusive to Taiwan, and the Kilimanjaro and Legacy, both exclusive to Germany.

Laphroaig - New travel retail bottling
The biggest selling smoky single malt whisky in the world has announced a new addition to its travel retail range.  The Laphroaig PX Cask replaces the Triple Wood in this sector and is the first Laphroaig whisky to be part-matured in ex-Pedro Ximinez sherry casks.  It has also been matured in ex-bourbon casks and quarter casks. The new whisky will be listed globally in travel retail stores and is available from mod-April.  It has a recommended retail price of £55/€65.

Royal Salute - Diamond Jubilee Edition
A special limited edition of the premium Royal Salute blended whisky is being released for the Queen's Diamond Jubilee.  The blend, which is produced by Chivas Brothers and first appeared in 1953 to celebrate the Queen's coronation, appears in a Royal blue glazed porcelain flagon.  This is accompanied by a hand made display box. It will be available in 20 markets around the world and has a recommended retail price of £105/$165.

Neil Macdonald, the Global Brand Director for Royal Salute, says “Royal Salute was originally created to mark the coronation of Queen Elizabeth II. We are delighted that this Royal Salute Limited Edition will celebrate the Diamond Jubilee, as it is only the second time in history that this milestone has been achieved by a British monarch.”

posted by Whisky For Everyone at 8:03 AM