Welcome to Inbox, our weekly round up of whisky news and PR material that has found its way in to our WFE email. It was created as we cannot write full articles or do justice to every piece received. It features items from around the world of whisky and is published by us each Friday. Within Inbox we aim to write a few lines detailing each press release/piece of news/PR event that we have received and provide links, where possible, for you to find out further information. Here is the news from this week ...
________
Glenturret 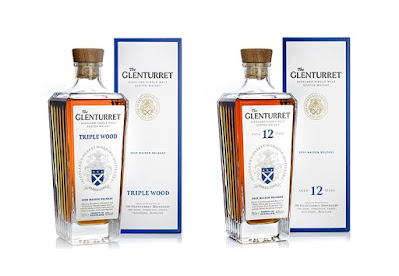 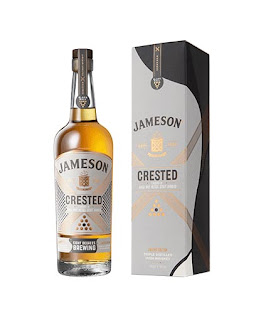 Jameson
The world's best selling Irish whiskey brand of Jameson has announced a new expression to join its Crested range - the Jameson Crested Stout Barrels. The whiskey sees the standard Crested blend finished for around four months in barrels that have previously held Black Ball Metric Stout from Eight Degrees Brewing. It is bottled at 40% ABV and there will be just 10,000 bottles available globally. Key venues include the Jameson brand homes at Bow Street, Dublin and in Midleton, Co. Cork, plus Dublin airport. A bottle will cost €44/ $53 US. 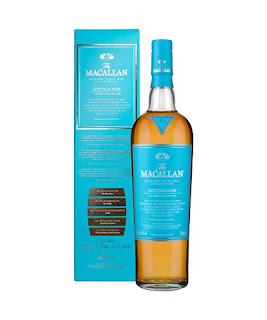 Macallan
The famous Speyside distillery of Macallan has announced the sixth and final bottling in its popular Editions series - the Macallan Edition No.6. The final release completes the annual series that began in 2015 with each celebrating a collaboration or the distillery's Speyside location and buildings. Edition No.6 is inspired by the land of The Macallan Estate and the River Spey, which it sits above near the village of Craigellachie.
The new whisky has been created by Stephen Bremner, the Head Whisky Maker at Macallan, using ex-sherry casks made from American and European oak. It is bottled at 48.6% ABV and will be available in specialist whisky and luxury retailers from early October. A bottle will cost £95/ $120 US.

"The Macallan has been inspired by and connected to nature since it began. Edition No.6 is inspired by the natural world surrounding our distillery, in particular the River Spey, which is so vibrant and full of energy."
Stephen Bremner. 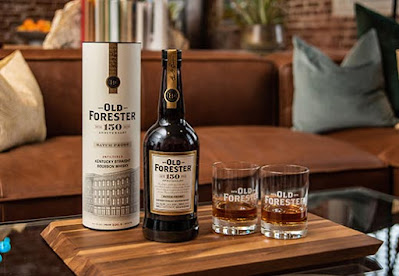 The Kentucky-based bourbon brand of Old Forester has unveiled a special edition to commemorate its forthcoming 150th anniversary. Old Forester was founded by George Garvin Brown, a direct descendant of the Brown family that are involved in current brand owners Brown-Forman, and the new whiskey will be released in three different batches over the coming months. Each will have a different strength and is made up of just 137 barrels in total, each selected by Old Forester Master Distiller Chris Morris.
Batch #1 is bottled at 62.8% ABV (125.6 Proof) and is made up of 46 barrels. Batch #2 is 63.2% (126.4 Proof) and consists of 48 barrels. Batch #3 is 63.4% ABV (126.8 Proof) and is made up of 43 barrels. Each batch will be presented in a hand blown amber glass bottle inspired by the one that Brown first sold Old Forester in. The brand was the first ever whiskey to be sold in sealed glass bottles. The Old Forest 150th Anniversary Bourbon will be only available in the USA and will cost $150 each.
Get Social With Us
Follow us for regular whisky updates and activities throughout the week.

posted by Whisky For Everyone at 3:12 PM