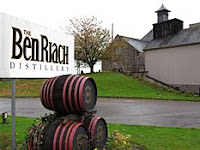 Benriach - Floor maltings to re-open
The award winning and independently owned Speyside distillery of Benriach have announced that the floor maltings will re-open shortly. The maltings at the distillery, which is just south of Elgin, have been out of action for the last 13 years.  All of the original equipment has been restored with the help of former employees, including Robert Fleming who is now distillery manager at Tomatin.  Benriach's own distillery manager Stuart Buchanan has overseen the work and explains,

"We have been working hard since Christmas getting the BenRiach maltings back up and running. Surprisingly, after being shut for the best part of 13 years, the machinery is all in great condition! The next stage is to get some weight on the system to see how it runs under stress. I have 3 tonnes of barley sitting ready to go for a whirl round the floors. The kiln is working well and all going well, it should all be ready in around 10 days maximum".

Bowmore - Small Batch Reserve
The Bowmore distillery, which is the oldest on the famous whisky island of Islay, has announced a new release which has been prompted by consumer demand - the Small Batch Reserve.  This new whisky is a combination of some of Bowmore's finest first-fill and second-fill ex-bourbon casks, and is said to marry the subtle notes from these casks with the signature soft peat smoke of Bowmore.

The Small Batch Reserve is the first new whisky to be released under the stewardship of new Morrison Bowmore Master Blender Rachel Barrie, who says "The sweetest smoked barley and highest quality bourbon oak casks have created a vanilla elixir with ripe orchard fruits, honeycomb and teasing wispy smoke. Relax, take it easy and enter Islay time with the harmonious taste of Small Batch Reserve.” It is bottled at 40% ABV and will be available by the end of May in selected retailers, with a recommended price of £32.99. 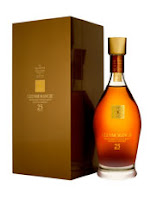 Glenmorangie - The Next Generation
The iconic Highland distillery of Glenmorangie is offering a rare prize to whisky fans.  In celebration of the forthcoming Father's Day, they are offering the chance to be part of history - to part own a cask of 2012 new make spirit which will then be matured for 25 years in Glenmorangie's warehouses.  This unique opportunity is open to the first 250 people to purchase a special promotional bottle of their award winning 25 years old on or after 1 June.

The lucky 250 will qualify for a share in a commemorative cask which will not be bottled until 2037.  They will be invited annually to the distillery to sample how the cask's maturation is progressing.  Each will also have access to a members only website called Generations of Wisdom and receive a Cask Holders Pack, including a signed certificate from Bill Lumsden, the Head of Distilling & Whisky Creation at Glenmorangie. 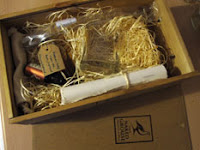 Naked Grouse - Shake it up
The blended whisky brand of Naked Grouse has teamed up with Imbibe magazine to get the UK's top bartenders and mixologists to create a new cocktail with the brand at its centre.

They have all been sent a kit similar to the one we received (pictured, left) and tasked with constructing their new creation using just four simple ingredients - Naked Grouse, sugar syrup, bitters and water.  Regional heats are being held throughout May and will take place in London, Birmingham, Bristol, Edinburgh and Manchester.  Competitors will be marked on knowledge of the brand, attitude, skill and creation.  All regional winners plus the overall winner will be included in a feature in Imbibe magazine following the final in Crieff, where the Naked Grouse brand has its spiritual home.

Tomatin - All aboard!
The Highland single malt of Tomatin is undertaking a special excursion around Japan over the coming months. The Japanese distributors of the brand, Kokubu & Co Ltd, are commemorating their 300th anniversary this year and as part of the celebrations they are taking Tomatin to the people.  This is in the form of a Tomatin branded old red London RouteMaster bus.

The tour started on 9 May and will take in the major cities of Tokyo, Sapporo, Yokohama, Fukuoka, Hiroshima, Osaka and Nagoya, before ending up in Sendai on 3 July.  While in each city, the bus will host various tasting events for consumers.  For further information, visit the special tour website.

Whisky Round Table - April 2012
The latest sitting of the newly re-vamped Whisky Round Table is now available for you to read.  The May edition is hosted by one of the original members of the group - the US based Whisky Party blog.

The three guys set a question about whether old whiskies are wasted on older peoples palates or whether only they can truly appreciate whisky of this age through experience.  Read the answers and comments of the Whisky Knights by clicking here.
posted by Whisky For Everyone at 8:22 AM