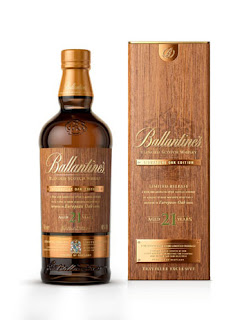 Ballantine's - Going for Oak
The popular blended Scotch brand of Ballantine's has announced a pair of special bottlings that will be exclusive to the travel retail sector, and the release of the first bottling.  The Signature Oak Edition - European Oak has been created by Sandy Hyslop, Ballantine's Master Blender, and will showcase the characteristics that European oak brings to whisky.  It has been bottled at 40% ABV and will be joined by The Signature Oak Edition - American Oak shortly.  The recommended retail price will be £145, $225 US or the local equivalent.

Sandy Hyslop said: "I nose each and every cask to ensure a balance between the liquid and the wood, something George Ballantine - a pioneer in the art of maturing whisky in quality casks - would have approved of. With the Signature Oak Editions I wanted to pay tribute to our founder and release expressions that demonstrate to consumers how cask maturation and oak influence transform our whisky."

Douglas Laing - Latest XOPs released
The independent bottler of Douglas Laing & Co have announced the latest whiskies in the super premium XOP (Xtra Old Particular) single cask range.  This range sees owner Fred Laing pick some of the finest stocks from the company's portfolio and this time includes the oldest ever single cask from the legendary Islay distillery of Port Ellen to be released under the XOP label.  Details of the latest bottlings are below.  They will be available from selected specialist whisky retailers and via www.douglaslaing.com. 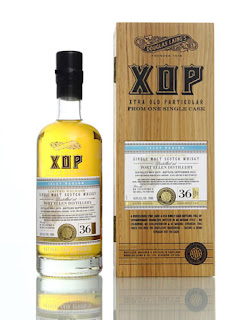 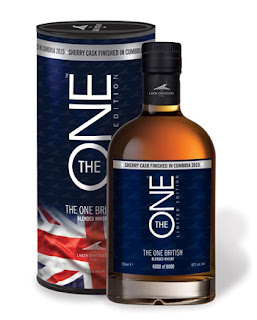 Lakes Distillery - Second coming
The Lakes Distillery in Cumbria, northern England has celebrated its first anniversary with a special bottling of The ONE, its award-winning blend.  The ONE is created from whiskies from around the UK and this expression has been finished in ex-Oloroso sherry hogshead casks at the distillery in Cumbria.  It is the second expression of The ONE.  There are just 3,335 bottles and they will retail for £39.95 a bottle.  These will be available through selected specialist whisky retailers and via www.lakesdistillery.com.

Paul Currie, the Founder and Managing Director of The Lakes Distillery, said: "Experimenting with finishes enables us to enhance what is already an exceptional whisky and there is always great interest in these expressions. Sherry casks are well established in the whisky industry for maturing whisky but are rarely used for finishing a blend."

William Grant - Two new releases
The family owned whisky producer William Grant & Sons have announced a new bottling from one of their distilleries and a new range of whiskies - The Kininvie Special Release #1 'The First Drops' and the House of Hazelwood. 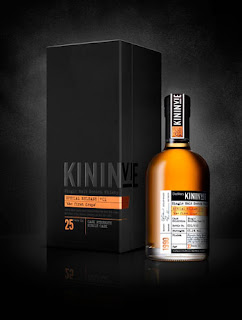 The First Drops was launched at an event in London earlier in the week and sees the oldest ever expression of the Speyside distillery's whisky being released.  Three casks from Kinivie's first ever day of production on June 25 1990 have been selected by Brian Kinsman, William Grant's Malt Master, and each cask has been bottled for one of three markets - Europe, Taiwan and the UK.  The cask for the UK will be the first to market and there are just 550 bottles available.  These are bottled at the natural cask strength of 61.4% and will cost £400 each.

The innovative company has also introduced The House of Hazelwood range, a new set of blended whiskies featuring predominantly malts from Kininvie and single grain from Girvan.  The range has been dedicated to Janet Sheed Roberts, the last decendant of William Grant himself, who died in 2012 at 110 years of age.  The range includes expressions at 18, 21 and 25 years of age and features 1920s Art Deco style packaging and labelling.  All are bottled in specially designed 50cl bottles and are priced at £50, £75 and £115 respectively.  They will be available exclusively in travel retail around the world from February 2106. 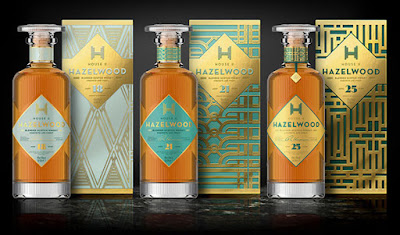 posted by Whisky For Everyone at 9:12 PM

I'm not sure it's worth waiting 90 years for hazelwood range :)

. This is a marriage of Highland and Islay malts ranging from 14 to 30 years in age, whisky