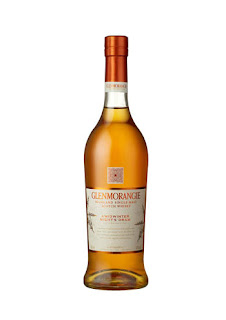 Glenmorangie - In the deep Midwinter
The famous north Highland distillery of Glenmorangie has announced a limited edition single malt designed for the winter months. A Midwinter Night's Dram has been crafted by Dr. Bill Lumsden, the Director of Whisky Distilling & Creation at Glenmorangie, and is a marriage of ex-bourbon casks made of American white oak and ex-Oloroso sherry casks.  The bottling pulls inspiration from the tradition of Glenmorangie giving its distillery staff a bottle of whisky on St. Andrew's day at the end of November to help them through the tough winter months in the Highlands.

A Midwinter Night's Dram is bottled at 43% ABV and will be available on in the UK, initially exclusively in the Sainsbury's supermarket chain before wider distribution in November.  It will also be available from www.glenmorangie.com.  A bottle will cost £40.


Laphroaig - Gets opinionated
The best selling Islay single malt brand of Laphroaig has been celebrating the distillery's 200th anniversary with an interactive consumer programme called #OpinionsWelcome.  This has seen Laphroaig fans from all over the world contributing on social media.  As part of this the brand have asked the resident of Islay, Laphroaig's home island, for their opinions on the whisky.  Here is the short film.  Enjoy ...


posted by Whisky For Everyone at 7:07 PM