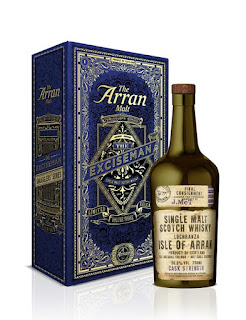 Arran
The independent island distillery of Arran have announced the third and final part of their limited edition Smuggler's Series - the Exciseman. The series honours the hostory of Arran and those striving to produce whisky out of view of the Government's eyes. The proceeding volumes - The Illicit Stills and The High Seas - sold quickly and this third edition is expected to do the same.

The whisky has been matured in quarter casks and ex-Madeira barrels. It is non chill-filtered and bottled at the natural cask strength of 56.8% ABV. There are just 8,700 bottles and these are available from www.arranwhisky.com and selected specialist whisky retailers. Each bottle, which is hidden inside a book cover style box, will sell for £89.99. 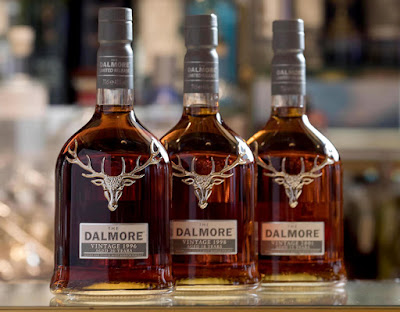 The north Highland distillery of Dalmore have released a limited edition trilogy of single malts, all part-matured in ex-Port casks. The Vintage Port Collection forms part of the celebrations for Master Blender Richard Paterson's 50th anniversary of being in the whisky industry. The three whiskies have been matured in ex-bourbon casks made from American white oak before being transferred to ex-Tawny Port pipes from renowned producer W & J Graham.

The whiskies were originally distilled in 1996, 1998 and 2001. They are bottled at 45%, 44% and 40% ABV respectively and priced at £450, £200 and £150 respectively. The Vintage Port Collection will be available from selected specialist whisky retailers worldwide. No indication of the number of bottles were given in the press release. 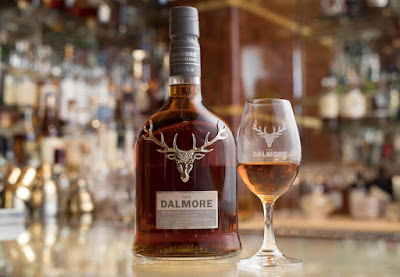 Dalmore have also announced details of their annual distillery exclsuive release this week. The Dalmore Distillery Exclusive 2017 Edition is a single cask bottling that has been hand selected by Richard Paterson. This was distilled in 2000 and matured in an American white oak cask before being transferred for the last five years to ex-red wine barrique that had previously held Californian Merlot. It has been released at 52% ABV and there are just 270 bottles available, costing £200 each. They can be purchased only from the Dalmore distillery visitor centre shop in Alness.

“The Dalmore Distillery Exclusive offers a harmonious balance between the sweet notes of the Californian Merlot and the signature flavours of our own Dalmore house style. Bottled at natural strength, this year’s exclusive distillery release is a treat worth snapping up for any visitors to our distillery.”
Richard Paterson. 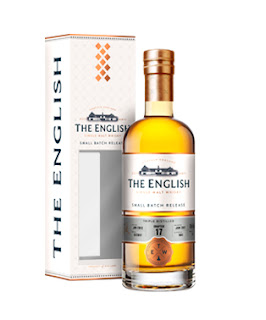 English Whisky Co.
The Norfolk-based English Whisky Company have announced a new batch of their Chapter 17 triple distilled single malt. Now labeled as The English Triple Distilled Small Batch, the whisky is available from the distillery shop in Roundham and via www.englishwhisky.co.uk. The single malt is described as 'a very light and delicate whisky, perfect for Summer evenings'. There are just 1,641 bottles available and they will cost £49.99 each. No details of ABV strength and age were given in the press release.

The SMWS, which is known for it single cask bottlings of Scotch and other whiskies from around the world, have announced that they will release a series of other spirits in the same format. The new Single Cask Spirits range will feature specially selected casks of Cognac, gin, rum and non-malt whiskies such as bourbon. The range will feature a special silver and copper logo to distinguich them from the regular single malts. Each category will also have an associated ambassador that is any expert in their field.

The first batch features a single cask gin from Glasgow (£40 per bottle), an XO Cognac (£95) and 25 years old rum from Trinidad (£195). The SMWS has appointed Geraldine Coates, Michelle Brachet and Ian Burrell as their gin, Cognac and rum ambassadors respectively and they have helped with the cask selection and suggested serving selections.

Ten bottlings are available in all and they will be on sale from August in European markets, plus the UK. Sampling events will also be taking place in the UK. More details about the products, pricings and availability can be found on www.smws.com.

posted by Whisky For Everyone at 9:59 AM

eToro is the #1 forex broker for rookie and pro traders.