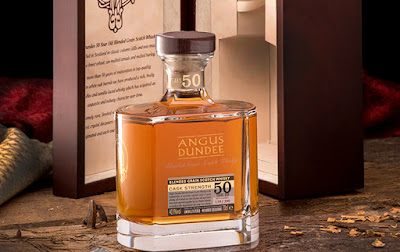 Angus Dundee Distillers, owners of the Glencadam and Tomintoul single malt brands amongst others, have announced a limited edition 50 years old blended grain whisky. It was made using wheat, unmalted and malted barley and has been drawn from just five whisky American oak casks. No details of specific numbers were given in the press release. The Angus Dundee 50 years old Blended Grain is bottled at the natural cask strength of 40.1% ABV and will cost £899 ($1,150 US) each through travel retail and selected domestic markets. 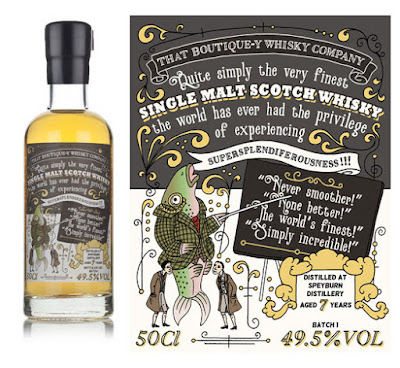 That Boutique-y Whisky Company, the popular single cask bottling arm of retailer Master of Malt, have announced the 100th first batch bottling in their range. The range, which was initially launched in 2012, incorporates whiskies from around the world including single malts, blended malts, blends, single grains and bourbons. The 100th whisky is from the Speyside distillery of Speyburn and is bottled at seven years of age and with a cask strength of 49.5% ABV. There are just 233 50cl bottles, each costing £49.95.

There is also a special one litre bottle of the Speyburn seven years old, which is being auctioned on Master of Malt until 2pm (BST) on Monday 24 July. All proceeds will be donated to the charity Malaria No More UK. The unique bottle features hand painted gold details and is presented in a hand painted wooden casket. To put in a bid or follow the auction progress - click here. 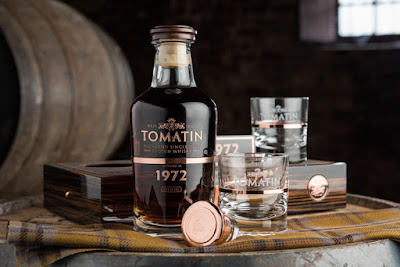 The Highland distillery of Tomatin, located near Inverness, has revealed the second bottling in its six-part Warehouse 6 Collection - a celebration of rare casks maturing in the distillery's traditional dunnage warehouses.  The Tomatin 1972 follows on from the 1971 edition, which was released last year. This second edition is constructed from three casks, all of which were filled on November 20 1972.

The limited edition whisky is housed in a bespoke wooden casket and the decanter is handblown Glencairn crystal. These are accompanied by two crystal glasses decorated with copper, a certificate and a copper stopper. The casket is also adorned with copper trim and two rose gold buttons. The Tomatin 1972 has been released at 42.1% ABV and there are just 388 bottles. These will be available from selected luxury whisky retailers from mid-August.

eToro is the #1 forex broker for new and advanced traders.