* This article originally appeared on the Huffington Post UK on 30/6/17. 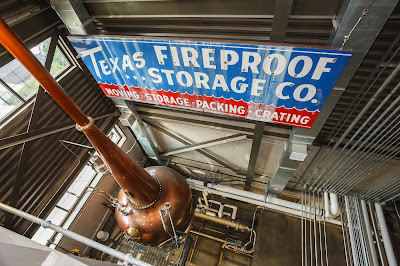 When most people think of American whiskey, they think of two states – Kentucky and Tennessee. This is not surprising as the biggest brands are produced there and the industry has history and heritage on its side. But now a new state is staking a claim for a share of the American whiskey pie. That state is Texas.

In less than a decade Texas has risen from the whiskey wilderness to become arguably the third most important and influential whiskey state in the USA. America’s second largest state by both area and population is now home to a growing number of distilleries that are aiding and developing the craft distilling revolution in the country.

The first to appear was a distillery called Balcones, set up by members of a local home brewing club in Waco in 2008. The story is the stuff of dreams - they found a location in the town, renovated it and built the distillery equipment themselves by hand. Their dream quickly became reality and soon their whiskies were raising eyebrows and gaining plaudits.

Looking back, the distillery was somewhat ahead of its time and even further ahead of the curve in terms of commercial craft distilling in America. In turn, America was ahead of the subsequent worldwide boom in craft distillation and that puts Balcones at the forefront on a global stage. 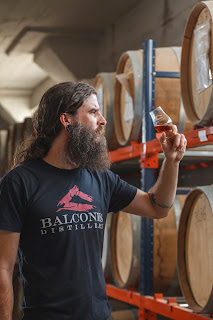 “We are very proud of what we make and very proud to be Texan”, says Jared Himstedt, the Head Distiller at Balcones, “we have less experience than other distillers in other states, but more willingness, scope and freedom for experimentation. This is particularly true in single malt, which is not yet a recognised category in American whisky”.

Others have followed and are also proving successful, such as Garrison Brothers based in Hye near Johnson City and the award-winning Ironroot Republic in Denison. Couple this with an explosion of craft breweries, including 903 Brewers in Sherman and Jester King in Austin, and you have the foundation for the expanding Texan drinks scene.

The ethos of all is to use local produce and workforce where possible and embrace the culture of their location, to essentially make something that is uniquely Texan. For example, Balcones have just produced their first spirit using 100% Texan barley, which is now being matured in Texan oak. Plans to harvest peat bogs in eastern Texas are also being formed, so that they can produce a smoky whisky.

Himstedt tells me that they seek inspiration from the local cuisine, which is rich in woody, smoky and savoury flavours. Add in the Texan climate, which sees drastic swings in temperature throughout the year, the experimentation with cooler and longer fermentations and barrel management, plus the looser rules around whisky making and you can begin to see how Texan whisky becomes its own unique product. 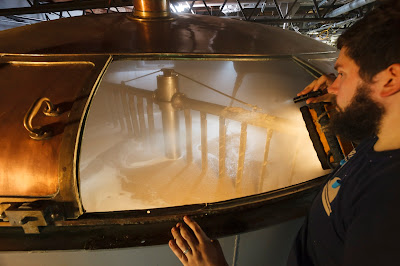 A further goal of the Texan movement seems to be to regenerate lesser-known or depressed areas of the state. Balcones’ home of Waco is a prime example - the town is synonymous as the location of the infamous and tragic siege in 1993. Now it is finally becoming known for something else, something more positive.

Like Balcones, many of the craft breweries and distilleries have a visitor centre that help to integrate them into the community by regularly hosting tours and events for local residents. “The people of Waco have been extremely supportive”, adds Himstedt, “they are very happy to see the town being put on the map worldwide and for the right reasons”.

By combining all of these elements, a real camaraderie seems to be building amongst the craft distillers and brewers. This is epitomised by the brewers using old whisky casks to mature some of their beers and ales, and vice versa, and the knowledge and innovative techniques shared.

The Texan whisky and drinks movement is already at a level that many predicted as impossible when those first steps were taken less than a decade ago. The current drive and community spirit can only take it from strength to strength and achieve even greater things. The Texan whisky star is certainly rising.

posted by Whisky For Everyone at 10:08 AM

That's an great article. Got to know the new info about whisky and whisky makers.