Within Inbox we aim to write a few lines detailing each press release/piece of news/PR event that we have received and provide links, where possible, for you to find out further information.  With half of 2017 gone, this is the news that has grabbed our attention this week. 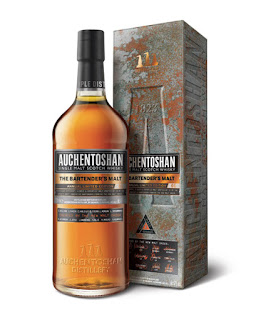 Auchentoshan
The Lowland distillery of Auchentoshan, based close to Glasgow, have announced an innovative new limited edition whisky - The Bartenders' Malt. It has been created by 12 batenders from around the world, each a regional winner of Auchentoshan's New Malt Order cocktail competition. The twelve were invited to Glasgow to work with Auchentoshan's Master Blender for five days including technical and laboratory sessions, food pairings, sensory experiments and blending workshops.

The Bartenders' Malt is the result and is presented in specially created packaging featuring the signatures of all 12 participants. It is available now from selected on-trade and specialist retailers, costing £45 a bottle.


“The bartenders have not only created a new liquid but a new interpretation of Auchentoshan. We’re genuinely excited to collaborate with some of the most dynamic bartenders from around the world and look forward to sharing The Bartenders’ Malt with the global bartending community.”
Marco Di Ciacca, Senior Brand Manager for Malts at Maxxium UK.

The independent bottling company of Douglas McGibbon & Co have announced a re-branding of their Clan Denny single cask range of whiskies. The re-brand features new label and carton designs that include prominent age and origin statements. The pack also features an illustration showing the journey of the spirit production from water source to cask maturation. 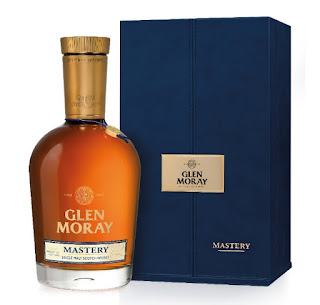 The Speyside distillery of Glen Moray, based in Elgin, have announced a special limited edition single malt to commemorate the distillery's 120th anniversary - the Glen Moray Mastery. The whisky has been created by Graham Coull, the current Distillery Manager at Glen Moray, and he pays homage to his predecessors with it.

Five vintages have been selected for inclusion and three were produced and laid down by Robert Brown (Distillery Manager 1959-1987) and Ed Dodson (1987-2005). The other two have been produced during Graham's tenure. Included in Mastery are matured in first fill ex-sherry casks, plus ex-Madeira wine cask and a proportion finished in ex-Port barrels.

There are just 1,000 bottles available of the Glen Moray Mastery and these are presented in a specially designed and individually numbered decanter, which is housed in a leather case. It is released at the natural cask strength of 52.3% ABV and has a recommended retail cost of £800 each. They are available now from selected specialist whisky retailers and the distillery shop at Glen Moray.

posted by Whisky For Everyone at 8:53 AM