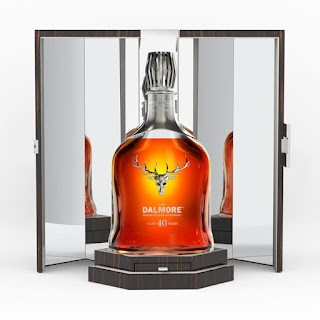 The north Highland distillery of Dalmore have announced a further expression in their high aged and rare single malts collection - the Dalmore 40 years old. The whisky used to create this new expression was selected by Richard Paterson, the veteran Master Blender for Dalmore. It has been maturing in American white oak ex-bourbon casks before being transferred to old ex-Matusalem sherry butts, before a final finishing period in first-fill ex-bourbon barrels.

The Dalmore 40 years old is presented in a hand-blown Baccarat crystal decanter, which is adorned with Dalmore's stag logo crafted by renowned silversmiths Hamilton & Inches. There are just 750 bottles available and they will be in selected specialist whisky and luxury retailers globally. Each bottle is priced at £6,000. 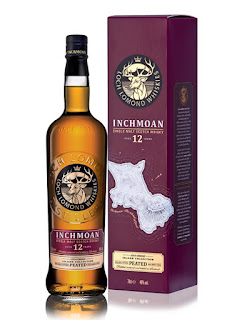 Loch Lomond
The Loch Lomond distillery has announced two new additions to its Island Collection – the Inchmoan 12 years old and Vintage 1992. Each expression in the Island Collection takes its name from an island located on the famous Loch Lomond near Glasgow, after which the distillery is named. Inchmoan translates as ‘island of peat’ from Scottish Gaelic. Both of the new whiskies are smoky and have been created using casks hand selected by Michael Henry, the Master Blender for Loch Lomond. 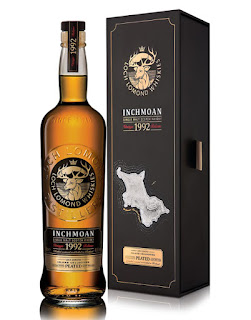 The Inchmoan 12 years old combines peated single malt made through Loch Lomond’s swan neck and straight neck copper pot stills. These have been matured in re-charred American oak and re-fill American oak ex-bourbon casks. It is bottled at 46% ABV and will cost £44 each. The Inchmoan Vintage 1992 is also peated and has been maturing for 25 years in re-fill ex-bourbon casks. It was distilled through Loch Lomond’s straight neck copper pot still and collected at high strength. The bottling strength is 48.6% ABV and will cost £199 each. Both are non chill-filtered and of natural colour. 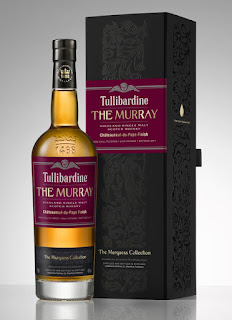 Tullibardine
The Highland distillery of Tullibardine have released details of their latest new single malt – The Murray Châteauneuf-du-Pape. The whisky was distilled in 2004 and matured in first-fill bourbon hogshead casks, before being transferred to red wine barriques from the famous Rhône wine region of France. It is the follow up to The Murray 2004 and the second expression released in Tullibardine’s Marquess Collection, named after Sir William Murray – the 2nd Marquess of Tullibardine.

The Murray Châteauneuf-du-Pape was created by Keith Geddes, the Master Blender for Tullibardine, and John Torrance, the Distillery Manager. It has been bottled at 46% ABV and is initially exclusive to the German market, before getting a global launch in early 2018. No indication of pricing was given in the press release.

“The Murray Châteauneuf-du-Pape is a true example of our commitment to innovation here at the distillery. We have produced a delicious whisky which maintains the light characteristic of Tullibardine spirit, but is full of added complexity and depth as a result of using these classic French wine casks”.
Keith Geddes.

posted by Whisky For Everyone at 8:27 AM