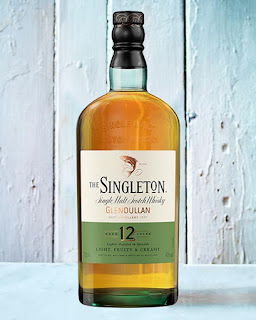 This whisky forms part of a wider range of whiskies that come under The Singleton umbrella. The brand, which first appeared on the market in 2006, is actually a collection of three different distilleries - Dufftown and Glendullan in Speyside and Glen Ord in the Highlands. Between them they have contributed to The Singleton becoming the 4th biggest selling single malt in the world*. The concept includes each distillery only being available in selected markets to cater for regional tastes. The Glendullan expressions are primarily sold in north America, while Dufftown is primarily available in Europe and Glen Ord in Asia.

The Glendullan distillery is located in the Speyside region of Scotland on the edge of the famous whisky town of Dufftown. It sits on the banks of the River Fiddich and was founded in 1897 by William Williams & Sons, a blending company based in Aberdeen. The current distillery was constructed next to the original one in 1972, and this is where all production takes place. This enabled production to increase from one million to five million litres per year. Glendullan is owned by Diageo and the spirit produced there is used for The Singleton malt range and as an important ingredient in many of their blends.

The Singleton of Glendullan 12 years old is matured in a high proportion of American oak ex-bourbon casks and a smaller proportion of Euro oak ex-sherry casks. It sits in the core range alongside expressions at 15 and 18 years of age. Occasional older versions are released, including a 40 years old in 2018, with further expressions also available in the travel retail sector. The 12 years old is bottled at 40% ABV and retails for around the $60 US mark.

Our tasting notes
The colour is golden yellow and the nose has an elegant sweetness and fruitiness to it. Aromas of green apple, toffee and malted cereals mingle with others of vanilla, dried fruit (especially sultanas) and hazelnut praline. There is also a hint of powdered baking spices - think of cinnamon and all-spice.

On the palate this whisky has a creamy and soft feel.  Raisins, sultanas and toffee mix with notes of golden syrup, vanilla and runny honey. It has a lovely level of richness and sweetness without going too far in either direction. Stewed apples and caramelised pear then add further weight and accentuate these earlier characteristics. Late hints of caramel and citrus peel (think of candied oranges in particular) combine with plenty of late warming notes of baking spices (especially that cinnamon again), oak and sawdust.

The finish is of decent length, starting sweet then turning much drier and warming. The toffee, syrup and both the green and dried fruits fade. This lets the warming spices and oak come through well, along with a hint of white pepper. Delicious.

What's the verdict?
Prior to the Singleton concept Glendullan was difficult to find on the market. Even then, we have not tried many outside of the occasional limited edition, such as those appearing in Diageo's annual Special Releases from time to time, or independent bottlings.

This is classic Speyside and exhibits so many of the qualities that people associate with whiskies from that area - soft, sweet, fruity and approachable. It is not the most complicated whisky ever but it is not designed to be. This Singleton of Glendullan 12 years old is easy going and very pleasant to drink. Well worth a try if you ever see it around.

Stop trying to befriend the distillers and write honest reviews. Your reviews often make me cringe. Yes there are bad whisky's.

In reply, we write as honest reviews as we can and have done for over a decade. We do not need or want to befriend distillers or brands. Everyone is entitled to their own opinion.

As you say there are bad whiskies out there, but this is not one of them in our view. That is why we wrote as such. Others will disagree, but we write it how we see it and will continue to do so.