There has been a lot of activity and new releases this week so we have a bumper issue of Inbox for you. Here is a round-up ... 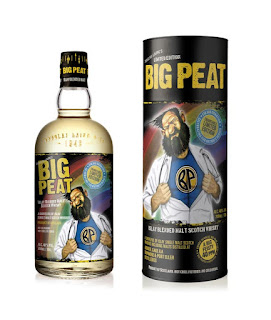 Big Peat
Big Peat, which is owned by Douglas Laing & Co, has announced a special limited edition to honour the unsung heroes of the Covid-19 pandemic. The Big Peat Heroes Edition is a blended malt created using only single malts from Islay and will see Douglas Laing donate £10,000 from sales to a UK charity. The release is a UK exclusive and the packaging shows Big Pete revealing a super hero outfit underneath his doctor uniform. The Heroes Edition is bottled at 48% ABV and is both non chill-filtered and of natural colour. There are just 1,500 bottles, which are available in UK specialist retailers. Each bottle will cost £45. 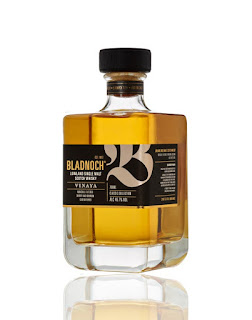 Bladnoch
The Lowland distillery of Bladnoch has revealed a new addition to its core range of single malts - the Bladnoch Vinaya. The name is a Sanskrit word meaning respect and gratitude. Bladnoch, which is over 200 years old and re-opened in 2015 under the ownership of David Prior after a period of closure, is known as 'The Queen of the Lowlands' and this release has seen whisky matured in both first-fill ex-bourbon barrels and first-fill ex-sherry casks. Bladnoch Vinaya is bottled at 46.7% ABV and is both non chill-filtered and of natural colour. It will be available globally in selected markets or via www.bladnoch.com. It will cost £49/ $68 US.

"Vinaya is inspired by teachings throughout the distillery’s history. From our original founders in 1817 to our new era, we wanted to showcase the Lowland style of Bladnoch distillery. We are excited to share it with the world."
Dr. Nick Savage - Master Distiller at Bladnoch. 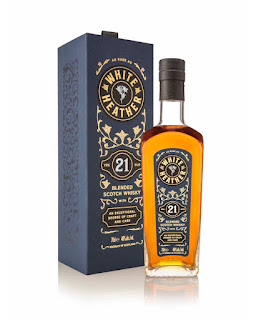 Glenallachie
The Glenallachie Distillers Co. have announced the release of their first ever blended Scotch whisky, named White Heather. It joind the company's Glenallachie single malts and MacNair's Lum Reek blended malts in the portfolio. This first expression of White Heather is bottled at 21 years of age and will be produced in small batches. The name pays homage to a brand that was discontinued during difficult times in the 1980s.
The new whisky has been created by the company's owner and Master Blender, Billy Walker. He blended together 18 year old single malts and single grains, including some vintage Glenallachie, that had been matured in either ex-sherry butts, first-fill American oak barrels, re-fill barrels and hogsheads. The resulting blend was then filled to either ex-Pedro Ximénez and ex-Oloroso sherry puncheons and Appalachian Virgin Oak casks for a further three years, before being married back together.
The White Heather 21 years old has been bottled at 48% ABV and is both non chill-filtered and of natural colour. There are just 2,000 bottles in the first batch and these will be available globally through selected specialist whisky retailers. A bottle will cost £120/ €140/ $165 US. 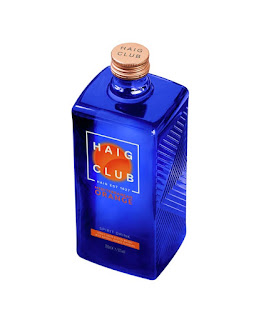 Haig Club
The Scotch single grain whisky brand of Haig Club has entered the world of flavoured spirit drinks with the launch of Haig Club Mediterranean Orange. The new product has been developed by brand owners Diageo and brand partner David Beckham, and is designed to appeal to new drinkers and the pre-dinner aperitivo crowd. The spirit drink sees the Haig Clubman whisky infused with orange blossom extract and presented at 35% ABV. It is suggested to be best served with a mixer, as part of a cocktail or over ice and will be available across the major supermarket chains in the UK from mid-April. A bottle will cost £25. 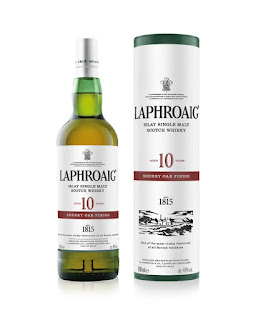 Laphroaig
The famous Islay distillery of Laphroaig has announced a new addition to its core range of peated single malts - the Laphroaig 10 years old Sherry Oak. The new release offers a different take on the classic and multi award-winning Laphroaig 10 years old. The Sherry Oak consists of whisky matured in both American oak ex-bourbon and ex-Oloroso sherry casks, before being combined and then finished in European Oak ex-Oloroso sherry casks for a further 18 months. It will be available from mid-April in specialist retailers in the UK and then globally after that. The Laphroaig 10 years old Sherry Oak is bottled at 48% ABV and will cost £65/ €76/ $90 US.
Loch Lomond 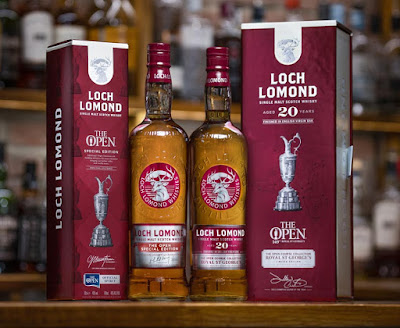 The Highland distillery of Loch Lomond have celebrated their continued sponsorship of The Open golf tournament with two special limited edition releases. This year's tournament takes place at the Royal St. George's course in Sandwich, Kent after being cancelled in 2020 due to the Covid-19 pandemic.
Loch Lomond The Open Special Edition 2021 combines spirit from Loch Lomond's traditional pot stills plus their unique straight necked still. These have been matured in three styles of American oak cask before being married together by Michael Henry, the Master Blender at Loch Lomond, for a finishing period in virgin American oak casks. It is bottled at 46% ABV and will cost £40.
The second release is The Open Course Collection : Royal St. George's 2021 and carries a 20 years old age statement. It includes a finishing period in specially commissioned virgin English oak casks, which were created at the distillery's onsite cooperage. It is bottled at 50.2% ABV and will retail for £160 per bottle. Both releases are non chill-filtered and of natural colour. 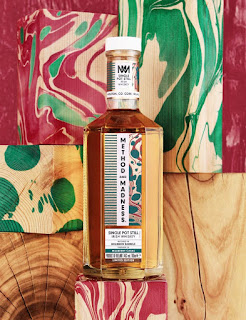 Method & Madness
The experimental Irish whiskey brand of Method & Madness have announced the latest addition to their range - the Method & Madness Mulberry Wood. The whiskey is a single pot still that has been produced by brand owners Irish Distillers and was first matured in a combination of first-fill and re-fill American oak casks. This was then transferred to 50 litre casks made from white mulberry, with the wood being harvested in Hungary. The use of virgin mulberry wood is a first for Irish whiskey. The Method & Madness Mulberry Wood is bottled at 46% ABV and will be available initially in Ireland and Finland. This will then expand to other world markets. A bottle will cost €95.
Get Social With Us
Follow us for regular whisky updates and activities throughout the week.

posted by Whisky For Everyone at 12:40 PM