Compass Box
The innovative whisky blenders of Compass Box are continuing their 20th anniversary celebrations with the release of a special limited edition of their popular Peat Monster blended malt. The Peat Monster Arcana is a cask strength version of the original Peat Monster recipe that has then been matured for two years in French oak casks. This was then blended further with aged single malts from the Ardbeg, Miltonduff and Talisker distilleries. It has been released at 46% ABV and is non chill-filtered and of natural colour. Theres are 8,328 bottles and these will be available via specialist whisky retailers globally. A bottle will cost £75/ $95 US. 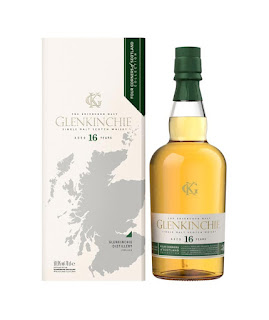 Glenkinchie
Diageo have announced the first part of a new limited edition series of single malts named the Four Corners of Scotland Collection. The Glenkinchie 16 years old is the first of four single malts to commemorate the transformation that is happening at four Diageo distillery visitor centres. Each of the Four Corners of Scotland - Caol Ila on Islay, Cardhu in Speyside, Clynelish in the Highlands and Glenkinchie in the Lowlands - are crucial in the blending of the famous Johnnie Walker brand. Releases from the other three will follow in the near future.
The Glenkinchie 16 years old 'Four Corners of Scotland' has been matured in re-fill and freshly charred American oak hogsheads and is bottled at the natural cask strength of 50.6% ABV. There are just 2,502 bottles available. These can only be purchased from the visitor centre shop at the Lowland distillery. The new Lowland home of Johnnie Walker has just re-opened this week. 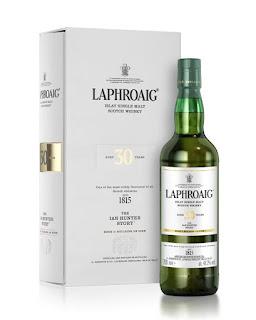 Laphroaig
The famous Islay distillery of Laphroaig has announced the second whisky in The Ian Hunter series - Book Two : Building An Icon. It follows 2019's Book One : Unique Character. The series is named after the legendary Ian Hunter, who was a direct descendant of the distillery's founders Alexander and Donald Johnston. He began working at the distillery in 1908 and is credited with helping double production and selling the whisky all around the world. Each chapter of the series will be released annually and will show a different aspect of the distillery.
Book Two : Building An Icon has been matured for 30 years in ex-sherry casks and there are just 2,400 bottles available. It has been bottled at the natural cask strength of 48.2% ABV and is non chill-filtered and of natural colour. The limited edition will be available in selected specialist retailers in selected world markets and a bottle will cost £760/ $980 US.

"You cannot enjoy Laphroaig without paying homage to the legendary Ian Hunter. His influence in our whisky production techniques and our brand as a whole is undeniable. The second book in our Ian Hunter Story celebrates his legacy in shaping Laphroaig to what it is today."
John Campbell - Distillery Manager at Laphroaig. 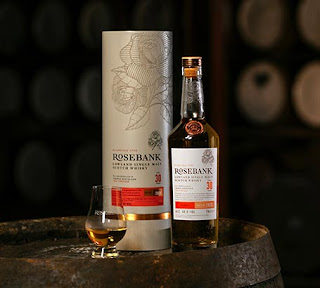 The revived Lowland distillery of Rosebank has announced the first of limited edition annual series that will be taken from the last remaining stocks of whisky distilled prior to its closure in 1993. The Rosebank 30 years old Release One has been created using a small pocket of ex-sherry butts and ex-bourbon hogsheads that were filled in 1990.
The Rosebank 30 years old Release One has been bottled at the natural cask strength of 48.6% ABV and is both non chill-filtered and of natural colour. There are just 4,350 bottles and these will be available via specialist and luxury retailers worldwide, or via the dedicated page on the Rosebank website. A bottle will cost £1,650/ $2,100 US.

"What makes Release One so exciting is that we are giving Rosebank fans the chance to join us on this monumental journey over the next decade, as we revive the iconic distillery. We are inviting them to become part of Rosebank’s legacy and family."
Robbie Hughes - Group Distillation Manager at Ian Macleod Distillers.